French women’s top division side Guingamp have parted ways with Nigeria international Desire Oparanozie following the expiration of her contract with the club.

The striker has called it an end to her six years long term career with the French women clubside. 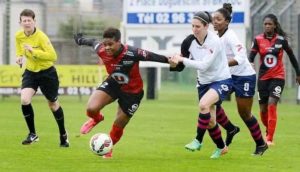 The 26 year old joined the Division 1 Feminine side following a brief spell at Turkish women’s side Ataşehir Belediyespor in 2014.

Before her move to Atasehir, she started her professional career in Europe with an initial loan to Turkish side Luleburgaz 39 Spor in 2011.

Before Oparanozie move to Europe she was playing for Nigerian clubside Delta Queens.

Her fine showing at the 2012 U20 Women’s World Cup in Japan where she scored three goals to help the Falconets emerged fourth.

The tournament earned her a deal with then Russian giants Rossiyanka, where she scored twice in 11 games.

One of her goals for Rossiyanka came in her first ever Uefa Women’s Champions League campaign against Sparta Praha in November 1, 2012.

she left the Russian side for German club Wolfsburg on a two-year deal, but only managed to feature in one match.

Desire Oparanozie was later forced to return to Turkey with Atasehir after being relegated to the B-team.

During her time with Guingamp she scored 45 goals in 106 appearance for the club. 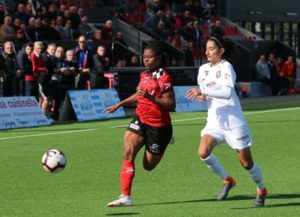 Oparanozie captain for the 2019-20 season, leading them to a French Women’s Cup semi-final before the Covid-19 outbreak.

Guingamp parted ways with Oparanozie and five other players as the club decided against renewing their contracts, as reported by The Telegram.

Besides Oparanozie, Guingamp also did not extend deals for Manon Toti, Juliette Merle, Ekaterina Tyryshkina and Carlin Hudson, while Agathe Fauvel leaves for a personal project. 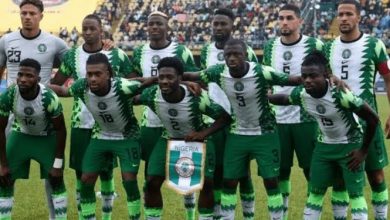 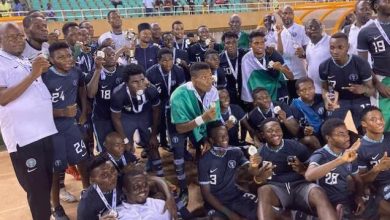