German Bundesliga Football is ready to resume officially on May 16 after Friday matches on May 15th were moved to Saturday, MySportDab reports.

One of the exciting matches set to be played on Saturday is the derby between Borussia Dortmund and Schalke.

The Government in Germany allowed the Bundesliga to resume in the second half of May on Wednesday and the German FA announced that they will officially resume next weekend.

The only new change to the Bundesliga matchday is that Friday night matches have been moved to Saturday.

Paderborn and Fortuna Dusseldorf were set to face off next Friday night but the game has been moved to Saturday. 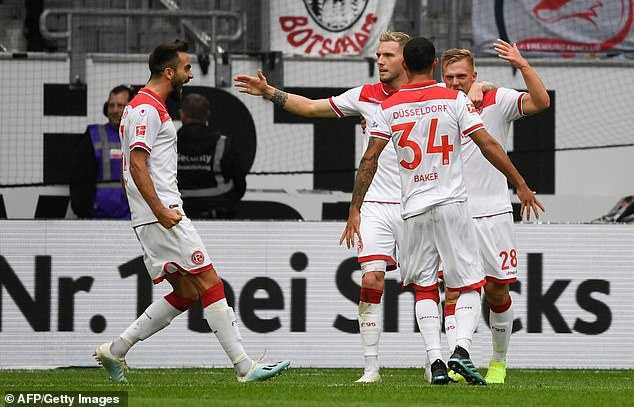 All Bundesliga matches from Saturday May 16th will be available to watch on BT Sports in the UK.

A set of matches will be played at 2.30pm BST German time including the Revierderby between Dortmund and Schalke.

Dortmund are currently in 2nd on the Bundesliga table and still challenging for the title while Schalke are trying to qualify for European football.

In other games, RB Leipzig will play Freiburg at home while Hoffenheim face Hertha Berlin.

At 5.30pm on Saturday, Eintracht Frankfurt will play against Gladbach. 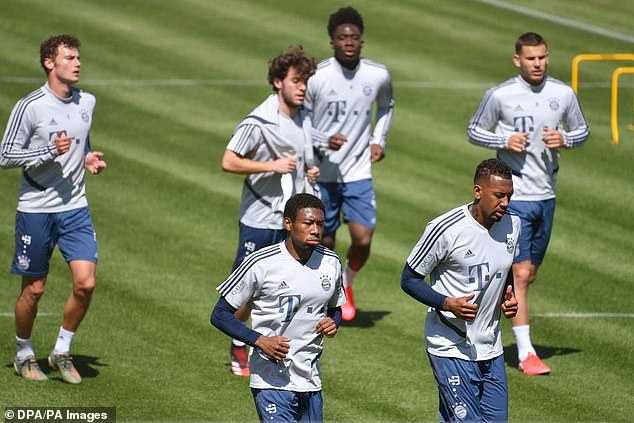 On Sunday, FC Köln face Mainz, while Bayern Munich play next against Union Berlin at 5pm. 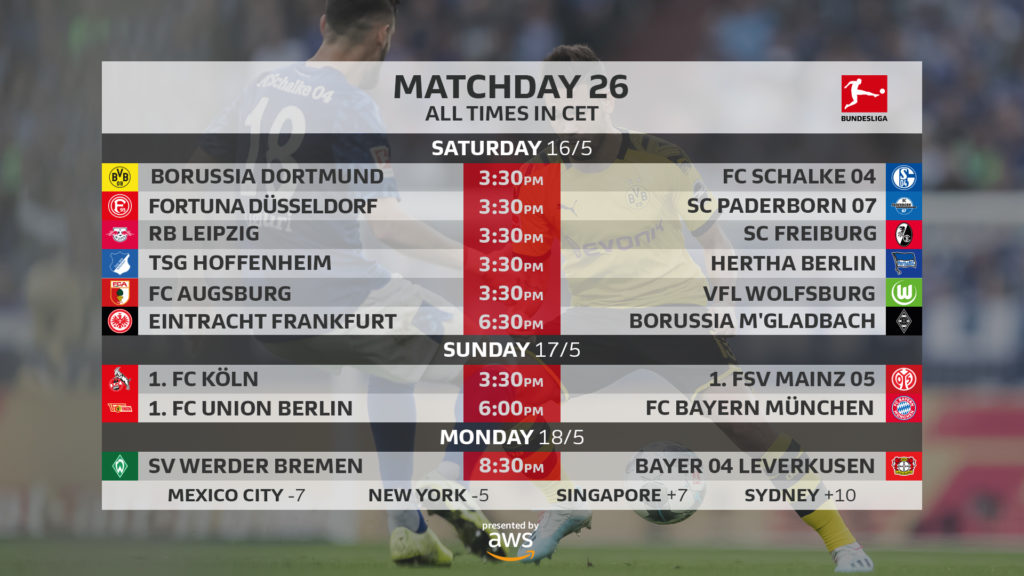