Manchester United are ready to pay the cash necessary to sign Odion Ighalo on a permanent deal after learning of his £15m Price-tag, MySportDab reports.

According to the Daily Mail, Ighalo’s current loan contract expires on May 31.

Ighalo has been very impressive since his January transfer to United.

With United having missed out on Erling Braut Haaland, they were left searching for a striker at the end of the January transfer window.

They failed in bids to sign Bournemouth’s Callum Wilson and Joshua King and decided to sign Odion Ighalo. 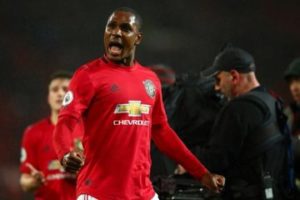 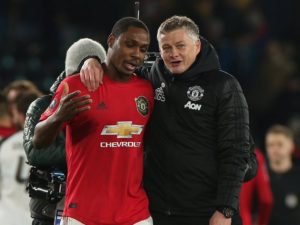 The Nigerian striker was free, with the Chinese Super League suspended due to the coronavirus pandemic.

United make their love and loaned the 30-year-old from Shanghai Shenhua until the end of the current season.

The move surprised many fans across the world, given Ighalo’s poor final season in the Premier League at Watford.

However, since joining for Manchester United, Ighalo has shown his quality and already has scored four goals in eight games so far.

The Chinese club didn’t request for a loan fee in January after United agreed to pay half of his massive £300,000-per-week wages.

However, Ighalo is more than happy to reduce his wage demands further to secure his permanent dream transfer to Old Trafford.