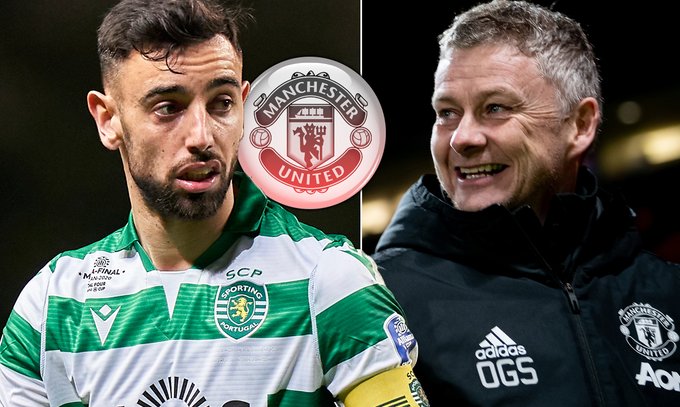 The Portuguese midfielder was left angry after Sporting’s 2-1 defeat against Braga in the semi-finals of the Portuguese League Cup, which could have been his final game for the club.
Fernandes provided the assist for Sporting’s only goal of the match but a late Braga goal prompted an angry reaction from the playmaker.
Fernandes chose not to wave or applaud the away fans as he stormed off the pitch at full-time.
As he stormed off, a TV cameraman attempted to get a shot of him but Fernandes pushed the camera away to the ground in anger. 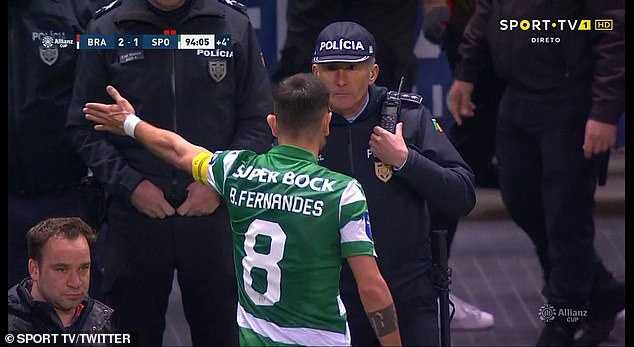 Fernandes was also involved in a heated exchange with a police officer as the match went into chaos in the final few minutes with both players clashing.
Former Crystal Palace player Yannick Bolasie was sent off before three players, Braga’s Eduardo Carvalho and Sporting duo Jeremy Mathieu and Eduardo Henrique, all got red cards in stoppage time.
Fans hope that Sporting’s exit from the competition would help speed up negotiations with United as they will not play in Saturday’s final.
MySportDab understands that United are hopeful they can seal the transfer worth £55million completed for Fernandes before the January transfer window closes.
Talks between United and Sporting hit a block over the weekend after the Portuguese club were unhappy with the offer by the Premier League club. 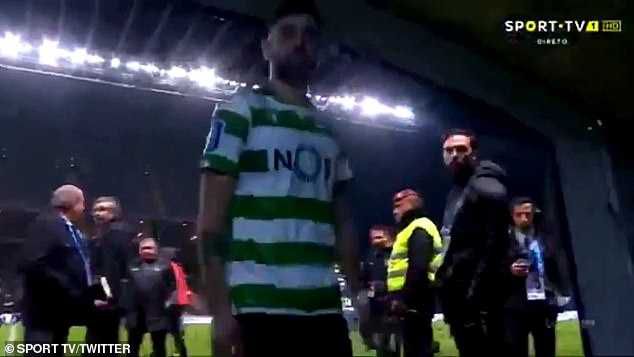 The two clubs are yet to reach an agreement over the fee, with Sporting demanding at least £55.3m and United are not ready to offer more than £42m for the Portugal international.
United’s initial offer was based on uncessary add-ons that Sporting deemed very unlikely to occur and therefore there was little progress in negotiations over the 25-year-old midfielder.
However, According to The Mirror today, there has been progress in talks and United are now ready to make a fresh bid of £55m with add-ons.
MySportDab can confirm that Sporting were willing to wait for £60m but reports suggest the two teams have reach an agreement for Fernandes.
The Portugal international has scored 15 goals and provided 13 assists in 26 matches for Sporting so far this season across all competitions.
More: “They’re A Machine” – PSG Star Kylian Mbappe Praises Liverpool Amid Transfer Links!
READ MORE:  Rudiger CONFIRM Future Talks Amid Chelsea Exit! (DETAILS)
Download MySportDab Official Android App HERE
Join MySportDab Active Telegram Channel Now – Click to Join
Share Now:
Adedotun Osi-EfaJanuary 22, 2020
0 3 2 minutes read
Facebook Twitter LinkedIn Tumblr Pinterest Reddit WhatsApp
Share
Facebook Twitter LinkedIn Tumblr Pinterest Reddit VKontakte Share via Email Print