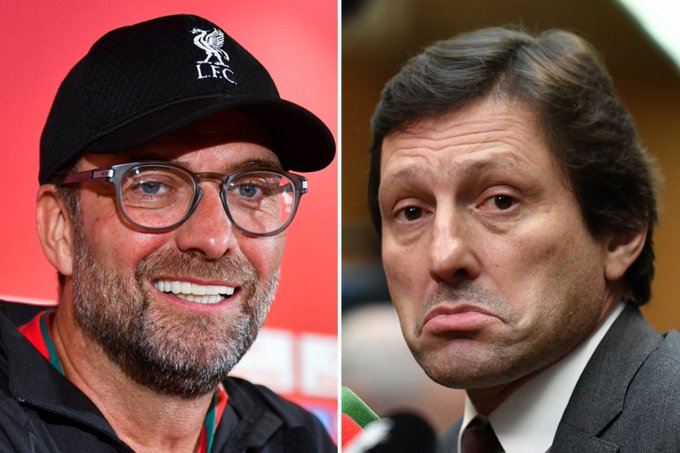 Jurgen Klopp has spent upto an hour on the phone with Paris Saint-Germain top chiefs with the French club keen to sign the Reds boss as their new manager.
Thomas Tuchel is the current manager at PSG but the German has been under serious pressure to win the Champions League.
Meanwhile, Klopp is enjoying his time at Anfield with Liverpool set to win the league and currently have a 13 points gap at the top of the English Premier League.
But with PSG desperate to win the Champions League, they will sack Tuchel if he fails in their Champions League quest again this season.
According to French outlet Le10 Sport, PSG have also contacted former Juventus Coach Massimiliano Allegri.
And after Klopp won the Champions League with Liverpool last season, MySportDab understands PSG sporting director Leonardo spoke with Klopp for more than an hour discussing the job offer.
Leonardo spoke to Klopp about the plans and project that he wanted to implement at the Parc des Princes over the coming years.
Though Le10Sport claim Klopp rejected the offer on the phone call, making it clear that he is happy at Liverpool.
It comes just weeks after the German extended his contract at Anfield, keeping him as at the club until 2024.
After signing the new contract, the former Mainz 04 boss said: “This club is in a great place, I can’t think of leaving.
“For me this is a true statement of intent, one which was built with my knowledge of what we as a partnership have gone through, achieved so far and what still awaits us to achieve.”
Share Now:
READ MORE:  PSG CONFIRM Decision On Messi And Ramos EXIT! (Full Details)
Adedotun Osi-EfaDecember 29, 2019
0 2 1 minute read
Facebook Twitter LinkedIn Tumblr Pinterest Reddit WhatsApp
Share
Facebook Twitter LinkedIn Tumblr Pinterest Reddit VKontakte Share via Email Print 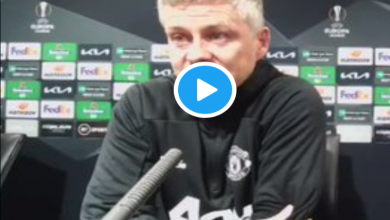 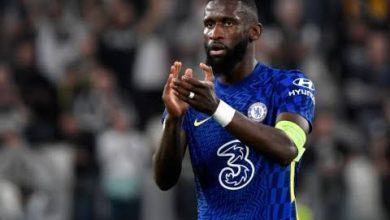 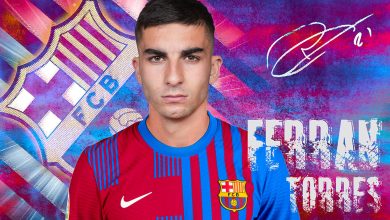