The highly-rated midfielder has been a prime target for top European clubs, with Manchester City and Liverpool keen on signing the youngster. 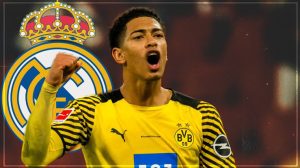 Manchester City manager Pep Guardiola is among interested suitors for Bellingham as he hopes to fill the boots of the Belgium playmaker Kevin De Bruyne.

Real Madrid is also interested in Jude Bellingham, with MARCA reporting that the youngster favors a move to the Santiago Bernabeu.

The Merengues have reportedly asked the youngster not to renew his Borussia Dortmund contract as they hope to sign the player from the Bundesliga giants.

The Bernabeu club are preparing to add the England international to other youngsters that have joined the team, including the likes of Aurelien Tchouameni, Rodrygo Goes, Valverde, and Vinicius Jr.

Real Madrid have indicated a shift in Policy given the nature of their signings with emphasis on youngsters.

Bellingham is a top and prime target for Real Madrid in the 2023 summer transfer window and the club has been reportedly eying the youngster since 2019. 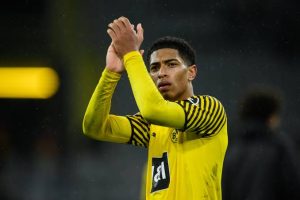 Meanwhile, the youngster has been under pressure to renew his contract with Borussia Dortmund; a move he has remained implying that he is open to a move.

Jurgen Klopp is also interested in the player and is keen on bringing him to Anfield as the transfer window opens in January.

Nevertheless, Real Madrid are said to have a chance to sign the player, given their close relationship with Borussia Dortmund’s Aki Watzke.

Real Madrid also faces the risk of losing over 50% of their midfielder – Toni Kroos, Luka Modric, and Dani Ceballos.

The 14 times Champions League winner will consider age to renew the trio’s contract, and pressing to sign Bellingham is another alternative.