This is coming in preparation for the 2022-23 Premier League season.

The London-based club took to her Twitter handle to officially welcome the Mali international to the club.

They were to escape relegation and also put forward a strong outing, especially against big clubs in the Premier League.

The 2022-23 Premier is set to kick off on August 5, with many clubs bringing in their summer signings in preparation for the campaign.

Welcome to the city ✨#CPFC pic.twitter.com/dbpErwmSDH

This will be Doucoure’s first spell in English Premier League.

The 22-year-old has had his European football career in France after progressing from a home league side Bamako.

Doucoure played for RC Lens II in France after spending the 2016/2017 football season in AS Real Bamako.

RC Lens was promoted to French Ligue 1 after a successful 2019-20 Ligue 2 campaign.

In the just-concluded 2021-23 season, Doucoure made 34 appearances for RC Lens, scoring 1 goal and 2 assists for the club.

He has made a total of 126 appearances for both Lens with 6 goals and 7 assists for the club.

He is now a Crystal Palace player and will be looking for the unique and intriguing challenge that the Premier League is known for. 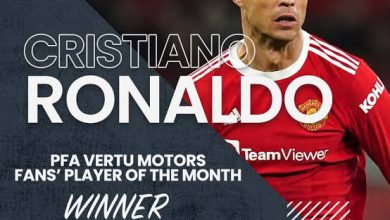