Kroos made it clear that he is still a Real Madrid player, and he will continue to play for the Merengues possibly for the next two years

The German international and 2010 World Cup Winner made this known after being a part of the starting line-up in Real Madrid’s Champions League Final win against Liverpool.

Kroos will be part of Real Madrid plans for next season, no matter what happens with Aurelién Tchouaméni deal.

There have been rumours that the outcome ot the Tchouameni deal will affect the place of the German international in the team.

Also, there have been speculations that the 32-year-old may be on his way out of Santiago Bernabeu as the Spanish giants close in on the Tchouameni deal.

Based on his statement, MySportDab learns that Toni Kroos may stay at Real Madrid for the next two seasons. 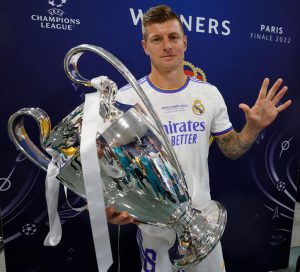 The former Bayern Munich midfielder started his professional football career in his home country in Germany. Kroos made his first appearance for Bayern Munich in 2007.

Not featuring regularly for the Bundesliga giants, he was loaned out to another German side, Bayer Leverkusen for 18 months.

Kroos returned to Bayern in 2010 winning the German Bundesliga two times in a row, the FGerman Cup and finally the UEFA Champions League. 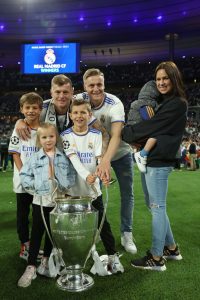 The 32-year-old joined Real Madrid in 2014 in a deal worth €25 million and has since rake in many trophies with the Los Blancos.

He has won the LaLiga and several UEFA Champions League titlesh the Real Madrid. The most recent being a 1-0 triumph over Liverpool in France. 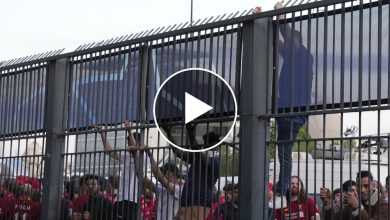 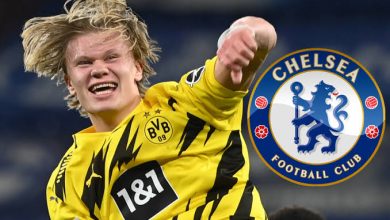 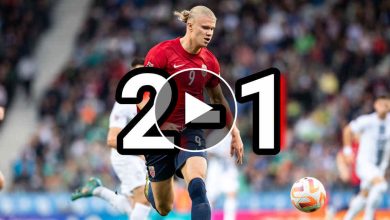