Kylian Mbappe has hinted he could sign a new contract at Paris Saint-Germain as he bids to become the leading scorer in the club’s history and overtake Edinson Cavani.

The Frenchman, 23, was at the double against St-Etienne on Saturday to take his tally to 156 goals for PSG, equalling the number of times Zlatan Ibrahimovic scored for the French giants.

Only Cavani has scored more goals for the club having netted 200 times during his trophy-laden seven seasons at the Parc des Princes between 2013 and 2020. 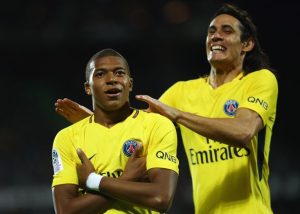 Mbappe is continuing to close the gap on the Uruguay veteran – who now plies his trade with Manchester United and has 19 goals in 31 appearances for the Old Trafford club this season.

However, many doubt he will have the chance to surpass Cavani as he is out of contract this summer and heavily linked with Real Madrid.

There has been little indication Mbappe will extend his stay in the French capital as he instead eyes a move to Los Blancos, the club he supported as a child.

But, after scoring twice at the weekend, he declared “we’ll see what will happen” in a post-match interview which seemed to open the door to the possibility of signing a new deal. 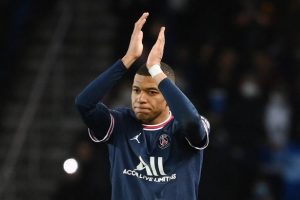 A reporter suggested he may have to stay for one more year in a bid to break Edison Cavani’s record as PSG All time Top scorer to which he replied;

“I managed to equal it [Ibrahimovic’s tally], if there are no big problems, I will manage to exceed it.

“There remains Edi, we will see how it will go. Being the top scorer in the history of PSG, we cannot scoff at it, we’ll see what will happen.”

Mbappe, who joined PSG from Monaco on an initial loan in 2017, also spoke of his deep bond with the club’s fans, having been raised in the Parisian suburb of Bondy.

He has now been offered a new deal worth £50 million per year which will see him become the highest earner in European football, eclipsing teammates Lionel Messi and Neymar. 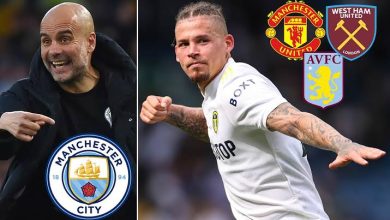