Liverpool are plotting a move for Barcelona youngster Gavi ahead of summer 2022, MySportDab reports.

The Premier League side want to sign the player who Barcelona are struggling to extend his stay with them due to financial crisis.

Barca could end up losing Gavi if nothing is done to extend his contract with them as Liverpool already have a bid in place to make a move happen. 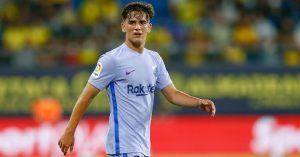 Other Premier League sides like Chelsea are also monitoring activities going on between the player and the laliga side who are yet to make anything happen.

Meanwhile, Gavi has been one of those breakout stars in the 2020-21 season which saw him also representing Spain at the Olympics.

Interests since then has been pouring in with clubs looking to make a move as his club are struggling with financial issues which saw them lost Lionel Messi.

Liverpool hope to capitalise on Barcelona’s difficult financial situation this summer to sign one of their most prized asset.

The Spanish side are trying to convince midfielder Gavi to sign a new contract, but have not been able to meet his salary demands with time fast moving.

According to reports reaching us from Daily Express, Liverpool are eager to swoop in with an offer and lure him away in the near future.

Although this would prove hard to happen as Chelsea are also another club who want him and they might be looking to make a better offer. 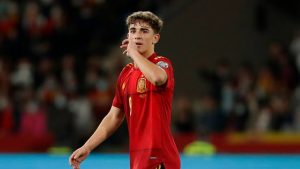 Barcelona are also working non-stop to make sure they sign a new contract with the player who will be off the market as they plan to activate a huge Clause on him.

Nothing has been confirmed as we await what happens in the coming months which will be decisive for the youngster and suitors looking to lure him away from Spain.