Cristiano Ronaldo scored a hat trick as he set a record for most hattricks in international level after Portugal beat Luxembourg 5-0, MySportDab reports.

The first half started nicely for the Portuguese who picked up dominance immediately to match started with them putting pressure on their opponent.

Portugal took the lead in the 8th minutes, thanks to Cristiano Ronaldo who scored from the penalty spot to make it 1-0 with a stunning set piece. 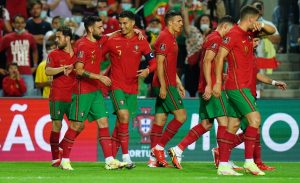 The game continued with Luxembourg unable to see anything good with them conceding another penalty in the 13th minute of the encounter.

Cristiano Ronaldo made it a brace in the 13th minute as he converted the penalty once again to make the scoreline increase to 2-0 as it progressed.

It was looking sharp and good as Bruno Fernandes scored in the 18th minute which made things a lot worst by a 3-0 scoreline which the goal was assisted by Bernardo Silva.

The first half carried on without anything else until it ended with Portugal taking a big advantage as they both headed for the break 3-0 against Luxembourg.

The second half also started out with same manner like it did in the first 45 minutes of the game which was filled with goals.

Luxembourg were already out of it totally without them being able to fight back as it progressed with them facing more pressure.

Things were looking a lot better for the visitors until Joao Palhinha increased the lead in the 69th minute to make it 4-0 from a goal which Bruno Fernandes assisted.

Portugal didn’t look like they were done with their opponent who couldn’t offer anything except to just relax as they kept on conceding non-stop. 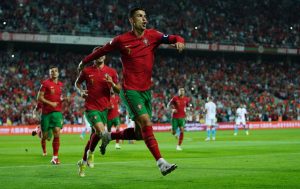 An 87th minute stunner from Cristiano Ronaldo wrapped thing off as he made it his hattrick and the scoreline 5-0 with assist coming from Ruben Neves.

The game ended with Portugal strolling past Luxembourg by a 5-0 result which sees them maintaining their place at the top of the table. 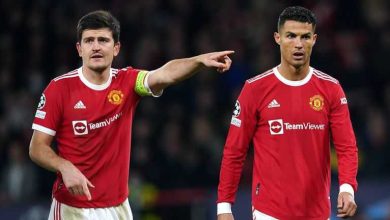