The forward has been struggling for game time since Cristiano Ronaldo made a return to Old Trafford this summer.

Gus Poyet has told Edinson Cavani to make a move elsewhere ahead of the January window if he still want to keep his football career going. 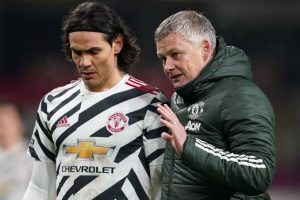 It has been a hard ride for the Uruguay International who have seen his place snatched away by a club legend on his return.

Cavani has struggled to get regular playing time which has seen him introduced from the bench in a couple of games for Manchester United.

The forward was the red devils hitman last season which saw him scored most of the goals for the Old Trafford side who finished second in the League.

Edinson Cavani should leave Manchester United in January for the sake of his Uruguay career, says compatriot Gus Poyet who feels sad for the player.

Cavani has found first-team chances at Old Trafford harder to come by this season following the arrival of Cristiano Ronaldo who made a stunning return to where he started out.

The former Chelsea and Tottenham midfielder Poyet says the striker should move on to ensure his place at the 2022 World Cup is secured with Uruguay National team.

“He was unlucky, because without Ronaldo coming in, he was playing as the main striker.

“Maybe he should move in January. From the outside, I don’t know him, but if I was him, seeing how things are now, and seeing him not getting to 90 minutes for the national team because he’s not playing .” 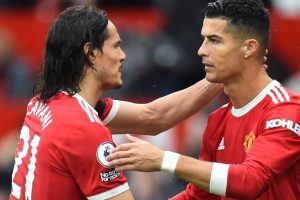 The player who recently extended his contract with Manchester United might be considering that advice as Real Madrid already made their interest known.

Barcelona also showed interest in signing Edinson Cavani who might decide to make the move happen when the January window opens in 2022.