Cristiano Ronaldo is filled with joy after his successful debut for Manchester United which he scored a brace against Newcastle, MySportDab reports.

The Portuguese made a return after deciding to call it quit with Juventus where he told them he wanted to leave the club.

Cristiano Ronaldo who almost joined Manchester City has come out to share his joy on not making that move but instead joining the United side where he started out.

The 36-year-old made his debut yesterday in Manchester United 4-1 win against Newcastle which he scored a brace alongside one each from Bruno Fernandes and Lingard. 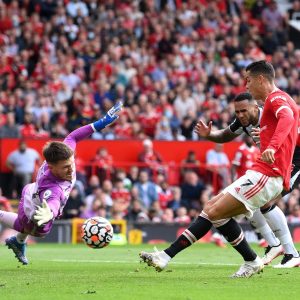 Cristiano Ronaldo says moving back to Old Trafford is the “best decision” he has made after sealing a deadline day move to the club instead of City.

“It’s the best decision I’ve made. It was the right time,” Ronaldo said in an interiew with Telefoot.

“I want to make history, help Manchester to have great results and win trophies.”

Cristiano Ronaldo is hoping to guild to club to winning silverware this season as they occupy the number one spot on the League table.

Also his former teammate during his time with Real Madrid has also expressed his joy working together again with the Portuguese.

Raphael Varane who also made a move to Manchester United this summer has showered praises on the forward who he is glad to be playing alongside in same club. 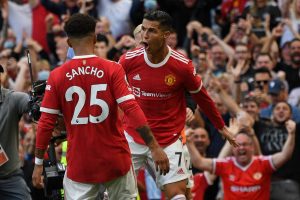 “To play with the best is a great pleasure. Cristiano is a great professional, physically he’s always at his best, he always has that finishing quality,” Varane said.

“What he will bring to this team is his will to win, his winning mentality.”

Manchester United will be kicking off their Champions League campaign this week after making a return to the big stages.