Two goals from Memphis Depay and one each from Gini Wijnaldum and Cody Gakpo ensured Netherlands beat Montenegro 0-4 in their FIFA World Cup qualifiers, MySportDab reports.

Late show in the first half as the home side struggled in finding a breakthrough against their opponent who showed so much quality at the back.

Nothing could be done in the early minutes of kickoff in the first half as Montenegro did everything possible to make sure their defense was solid.

The game continued until an error gave the Netherlands a penalty which Memphis Depay stepped up and converted to make it 1-0 in the 38th minute. 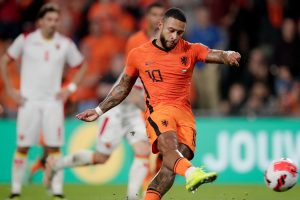 Nothing more was recorded as the first half of the encounter ended with Netherlands 1-0 Montenegro, as they both went in for the break.

The goals started coming in the second half as both sides had so much to offer going forward with the game coming back to life.

It was a slow start in the first few minutes into the second half which saw both teams matching each other with Netherlands okay to see their lead remain.

Memphis Depay grabbed his brace for the game against Montenegro in the 62nd minute after a nice buildup from attack saw the Barcelona forward making the scoreline 2-0.

It was all looking over for the visitors as Gini Wijnaldum scored another goal in the 70th minute which saw things getting to 3-0 as the game was totally over without any likely come back waiting to happen. 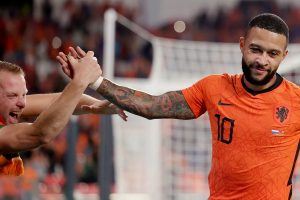 Cody Gakpo 76th minute goal wrapped things up for his Country as the home side looked sharp in front of the goalkeeper which they wasted no chance in making it 4-0.

The match ended with an emphatic win as the Netherlands claimed a 4-0 win against Montenegro to move second as Turkey move top of the group with Norway down to third placed. 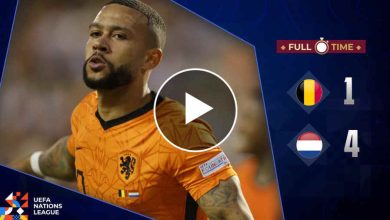