Victor Osimhen scored a brace as Napoli came from two goals down to draw Leicester City 2-2 as Wilfred Ndidi was sent off, MySportDab reports.

It was a keenly contested first half encounter which saw one goal being scored with lots of opportunities created going forward.

Leicester City took an early lead in the encounter after Ayoze Perez scored in the 9th minutes which saw the Foxes taking advantage over their opponent with a 1-0 scoreline. 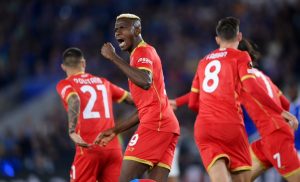 The Italian side Napoli had so much work to do which despite all their efforts on goal it didn’t work out as the opportunities kept on coming from both ends.

More coming but nothing to talk about except some yellow cards pouring out from the referee as it looking like a thug or war which saw tackles flying in around.

Things ended in the first half with Leicester City 1-0 Napoli as they both headed for the break with the home side taking a narrow advantage.

The second half was where everything went down with a stunning comeback and display which saw more goals being scored from both sides.

Napoli continued to do everything possible to make sure they level things as they kept on creating more of the opportunities which failed to hit the back of the net.

It was Leicester City who had everything working out for them as Harvey Barnes extended the lead to 2-0 in the 64th minute after another good display saw them scoring with assist from Kelechi Iheanacho.

The Serie A side finally found their rhythm as Victor Osimhen scored a stunner in the 69th minute of the game after Fabian perfect assist to make the scoreline 2-1.

Once again the Nigerian striker Osimhen made it his brace in the 87th minute which made things level 2-2 with another brilliant work from the visitors who were on fire. 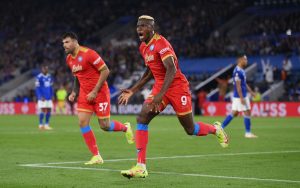 Things got worst for the home side as Wilfred Ndidi was shown a second yellow card which saw him being sent off by the referee as they were reduced to 10-man.

The match finally came to an end with Leicester City 2-2 Napoli which saw both teams settling for a draw and one point each in the Europa League. 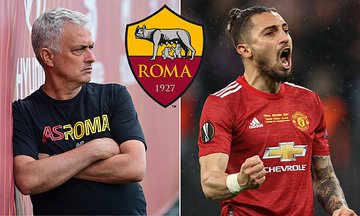