Victor Osimhen on target as Nigeria came from behind to beat Cape Verde 1-2 away from home in the FIFA World Cup qualifying match, MySportDab reports.

Both Nations had a very good first-half encounter which saw two goals being scored from both ends as the 45 minutes was evenly balanced.

It was a perfect start for both sides in the first few minutes which we witnessed some good displays of football from attacking to defending their goal.

Cape Verde opened the goal scoring in the 20th minute of the encounter after an amazing play saw Dylan Tavares converting to give his country a 1-0 lead from an excellent display.

The match carried on with the Super Eagles of Nigeria pushing very hard to make sure they level things which eventually happened in the 30th minute with a stunner from Victor Osimhen to make the scoreline 1-1.

Nothing could separate them as the first half of the encounter ended with Cape Verde 1-1 Nigeria, which they both headed for the break with both sides settling for a draw scoreline.

Beautiful early displays as the second half kicked off between the two sides looking to claim three points in their FIFA World Cup qualifying match for Qatar.

Nigeria continued with their dominance of the ball possession which saw them also creating more opportunities than the home side who had less coming their way in the second half.

The second 45 minutes carried on with Cape Verde ensuring nothing was going past their defense which was very solid as they push forward hoping to get a breakthrough for the lead.

The tension was high as the Super Eagles continued to push forward until the 77th minute which saw the home side conceding an own goal scored by Kenny Santos to make it 1-2. 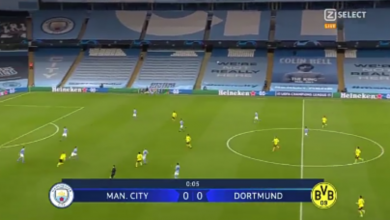