Frankie Shebby is a former American volleyball player, Instagram star, and the girlfriend of David Bakhtiari.

Her Boyfriend, David Bakhtiari, is a football player in the National Football League.

She has played volleyball for the United States in different tournaments. She was born in 1996 in Washington, the United States.

Shebby is currently 25-years-old. Her mother is Jo-Ann Shebby, but the name of her father is unknown.

She has one younger sister from her parents in the family.

She completed her primary education in 2014 at a top High School in the USA.

She received some recognition in high school for her performances as a volleyball player.

According to PrepVolleyball, She became one of the Top 50 Juniors.

She was named the Co-Player of the Year and the Trinity League MVP.

Shebby was a member of the iconic All-Orange County First Team as a junior and senior.

After High School, Shebby became a student at the University of Oregon.

During her time at the University of Oregon, Shebby failed to focus on her grades and had to switch universities.

Shebby graduated with a major in psychology in May 2019 at the University of Colorado.

As a sportswoman, She is tall, and her height is 6 feet. Her body weight is around 67 kg. Shebby started her professional career as a volleyball player during her college years. She also participated in several athletic events.

She played for the Buffaloes and played a crucial role in the team’s triumph.

Her first game for CU was against Northwestern State when she finished with 13 kills and 11 digs.

Shebby recorded her best 15 kills twice in games against LIU Brooklyn and the Washington State.

However, despite her achievements in volleyball sports, she had to retire due to injuries.

After she retired from volleyball, She focused more on culinary and digital platforms.

She launched her blog in 2019 and started sharing her tasty, healthy meals on Instagram for her fans. Frankie Shebby is the girlfriend of David Bakhtiari. She is not married but now engaged.

David Bakhtiari is an American NFL player for the Green Bay Packers.

Bakhtiari was a student at the University of Colorado and graduated with a degree in communications.

He was also part of a Colorado football team for three years. David Bakhtiari has developed into a top football offensive tackle.

David asked Frankie for her hand in marriage in a lovely way during a vacation trip in 2020, and she said “yes.” She has a net worth of $200,000. Shebby is currently retired but still has valuable assets in her name.

She is also active as a businesswoman and earns some revenue from her social media accounts.

She is frequently sharing pictures with her boyfriend on Instagram with her followers.

Frankie Shebby now runs different businesses and enjoys her life after retirement as a volleyball player. 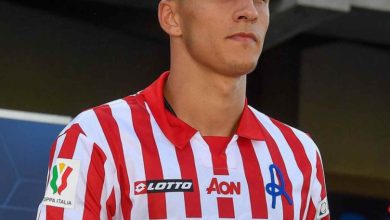