Sergi Roberto and Memphis Depay were both on target as Barcelona beat Getafe 2-1 in the Spanish laliga encounter, MySportDab reports.

The first half of the encounter wasn’t just about the home side who dominated play, as both sides found the back of the net in an explosive 45 minutes.

It took Barcelona just 2 minutes to get the opening goal which was scored by Sergi Roberto who ensured his finish was perfect to make it 1-0 with assistance from Alba.

Getafe leveled things 1-1 in the 18th minute as Sandro Ramirez scored a shocker which came after an amazing display from the visitors which saw them coming back into the game. 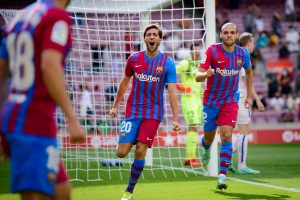 More coming from both sides until Memphis Depay scored in the 30th minute of the encounter to make it 2-1 for side who took back the lead after falling back.

The first half ended with Barcelona 2-1 Getafe as they both headed for the break which sees the home side taking the much-deserved advantage.

More happened in the second half of the encounter which started out slowly with both teams unable to make anything happen as the pace died down.

Getafe was better in the early minutes of the second half which didn’t see them conceding an early goal which could have killed the game totally for them.

The action wasn’t that much with Barcelona doing everything in their strength to ensure the goal to seal their win, but it was just all in vain as they entered into the last 20 minutes. 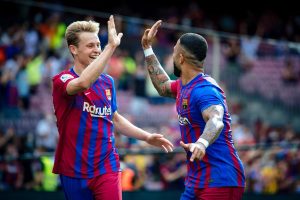 Opportunities were few in numbers but the ball possession was the only big difference going on in the match as it continued with any goal coming.

The game ended with Barcelona 2-1 Getafe as the home side claimed all three points in a game which could have ended either way. 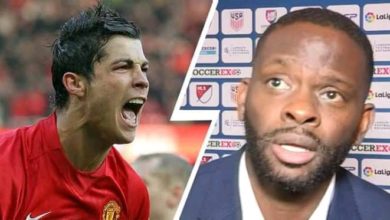 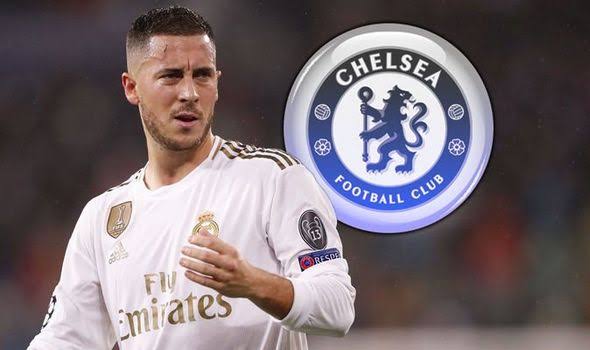 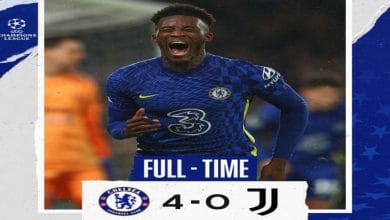 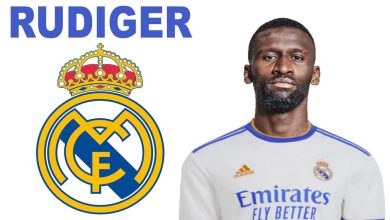