Diego Simeone is an admirer and that might see him get a move to a bigger teams who still play Champions League football. 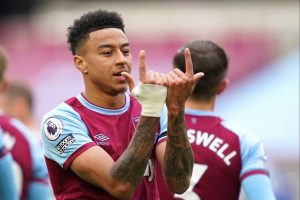 Jesse Lingard might be heading to Atletico Madrid this summer with them considering making a move.

The winger revived his career after a short loan move to West Ham United which have now seen his market value hit an all time high.

His performance earned him International call after a long time being left out of National team due to his inability to get much game time.

Manchester United star in Simeone’s sights and he could be on his way out of Old Trafford on a permanent deal this summer.

Manchester United midfielder Jesse Lingard has emerged as a target for Atletico Madrid, according to reports from 90min.

Diego Simeone is considering a move for an England international that caught the eye during a loan spell at West Ham United last season.

Although they will have to face competition from Premier League clubs who already want to make a move for him. 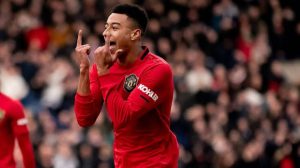 The only advantage for Atletico Madrid will be Uefa Champions League football that they will offer if he gets to make the move.

Manchester United are also making a return to football biggest competition and there is no plan yet where Jesse Lingard fits in after Jadon Sancho arrival for a record breaking fee.