Sergio Ramos was reduced to tears at an emotional press conference as he bid farewell to Real Madrid after 16 years at the club, MySportDab reports.

The 35-year-old described his final Real Madrid press conference as the ‘most difficult day.’

After Real Madrid president Florentino Perez said a few words about the leaving Captain, Ramos took up to the stage.

Speaking a few words on, Ramos got emotional and broke down to tears during the rinal Real Madrid press conference. 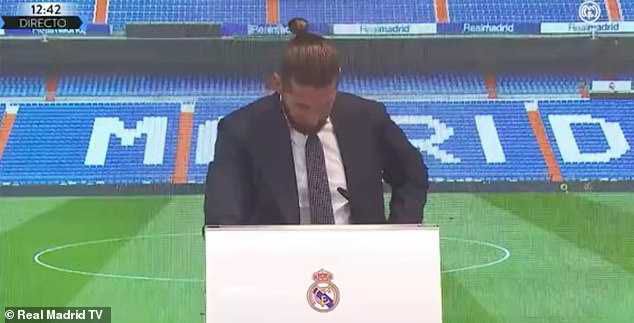 He said: ‘Real Madrid will always be in my heart. A marvellous part of my life is over, but a new future awaits and I am looking forward to showing my quality and winning more trophies.

‘No one is ever prepared to leave to Real Madrid but the moment is here now. But, sooner or later I will be back.

‘I want to thank the fans, they carried me at all times. I would have said my goodbye at the Bernabeu. But you will always remain in my heart.’ 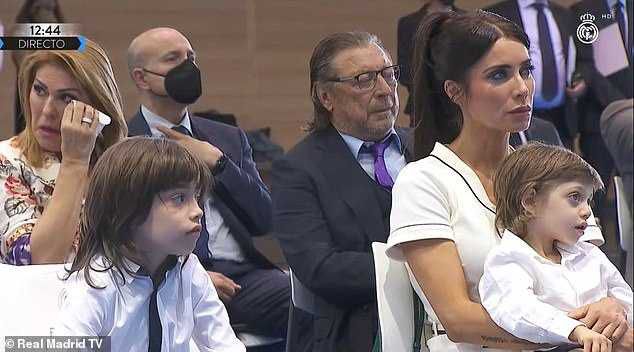 Sergio Ramos’s Exit was confirmed officially on Wednesday night and his final match for the club was the 2-0 loss to Chelsea.

His Real Madrid contract was due to expire at the end of June.

Real Madrid offered Ramos a one-year deal with a reduced salary but he rejected the offer.

Sergio Ramos crying in his farewell.pic.twitter.com/TctrsYFJyE