Thiago Silva have come out to vent his frustrations on former club PSG after Champions League win for Chelsea last night, MySportDab reports.

The Brazilian claimed he was always the scapegoat by his former club Paris Saint-Germain after they lost to Bayern Munich. 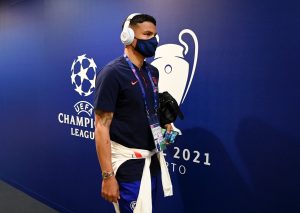 Chelsea claimed their second Champions League title after beating Manchester City 1-0 and Thiago Silva played some minutes before his injury.

It was an intense game last night in Porto, Portugal where Kai Havertz first half goal was the difference with Mason Mount assistance.

Thiago Silva couldn’t hide his joy after his time with PSG was horrific losing the final against Bayern Munich who was being managed by Thomas Tuchel.

Where Is What Thiago Silva Said;

“It’s incredible. It’s the most important moment of my career.

To have this cup is huge. My injury? A lot of things have happened in my head.

“Getting out of the game very early was difficult for me. But at this level, we cannot be at 70 per cent.

But I’m happy because the team stayed calm and defended well.

“We suffered, but we did it well. In the end, we are rewarded for everything we have done.

It’s special for me, especially considering the pressure we had in Paris to win it.

“Whenever Paris was eliminated, people wanted to find a culprit and it was me all the time. It’s too bad. 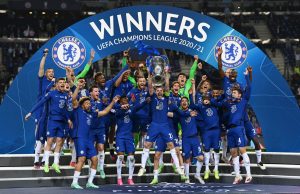 “I hope Paris will win it in the future, because I left a lot of friends there. And I will always stay red and blue.”

Chelsea will be starting their 2021/2022 season with a Super Cup tie against Villarreal and FIFA World Club Cup. 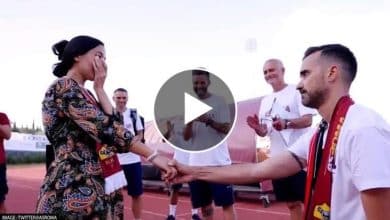