An evenly balanced first-half encounter between the two teams provided two goals which both sides found the back of the net. 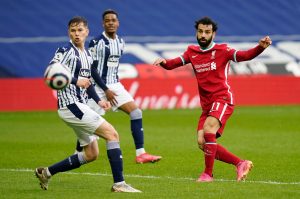 It was West Brom who shockingly took the lead in the 15th minute of the encounter as Hal Robson-Kanu scored a stunner to make it 1-0 for his side.

The game went on with Liverpool dominating play and looking for a way to make a comeback which proved difficult as it progressed.

The visitors were able to break their opponent and pull back level 1-1 in the 33rd minute through Mohamed Salah with an exquisite finish for his side.

The first half of the encounter finished with Wes Brom 1-1 Liverpool as they both headed for the break with a draw scoreline.

More from both teams in the second half of the encounter which wasn’t that easy for the visitors who dominated the game.

Liverpool continues to press with everything going their way except scoring a goal which proved very hard to come by for them despite all the opportunities.

West Brom who already confirmed to be relegated wasn’t acting like a team already down, they continued to make things hard for the Reds.

More coming from the visitors who looked disturbed with their Champions League place for next season at risk with them currently on 5th position. 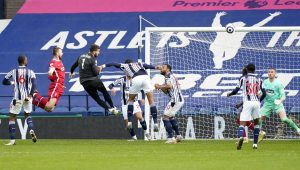 Allison Becker came out of his goal post and headed in a cross which gave his side the lead in the 90+ minutes 1-2.

The match finally came to an end with West Brom 1-1 Liverpool as they both settled for one point each which wasn’t a good one for the Reds. 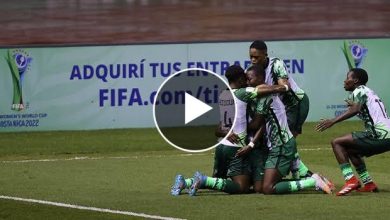 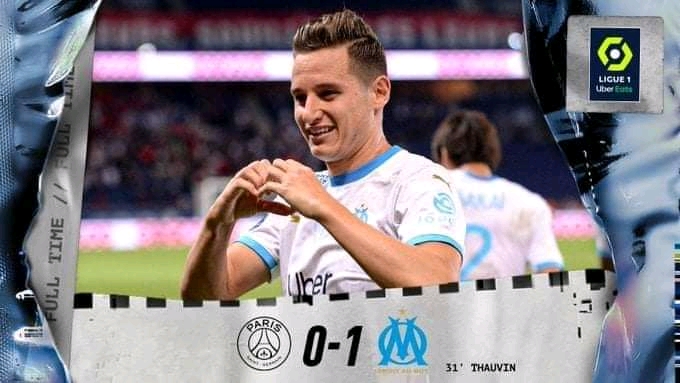