Manchester United midfielder Bruno Fernandes could not hold back his tears after the Europa League Final Loss to Villarreal, MySportDab reports.

Fernandes was not the only player heartbroken by the loss in the penalty shootout.

Paul Pogba removed his medal immediately after he was given during the trophy ceremony.

Meanwhile, Marcus Rashford could not show his face and sat on the bench with his shirt covering his face after the shock loss. 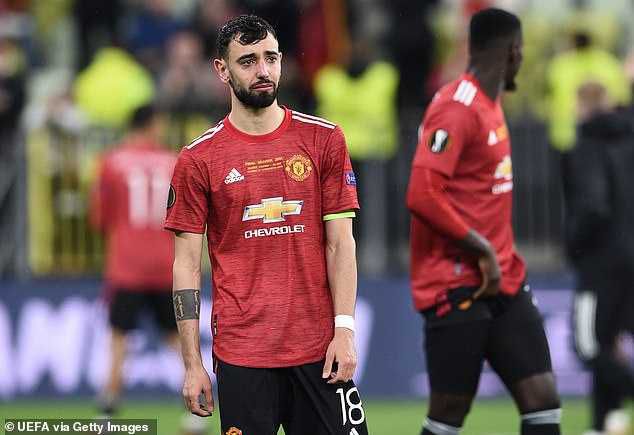 Fernandes played a key role in getting Manchester United to the Europa League Final in Gdansk.

The Portuguese scored five goals and provided four assists from his nine matches in the Europa League this season.

But, Fernandes failed to make an impact in the final and was reduced to tears at the end.

De Gea’s crucial penalty miss gave Villarreal an 11-10 win in the final during the penalty shootout.

Wednesday’s final was the only opportunity for Manchester United to win a trophy this season but it did not end well. 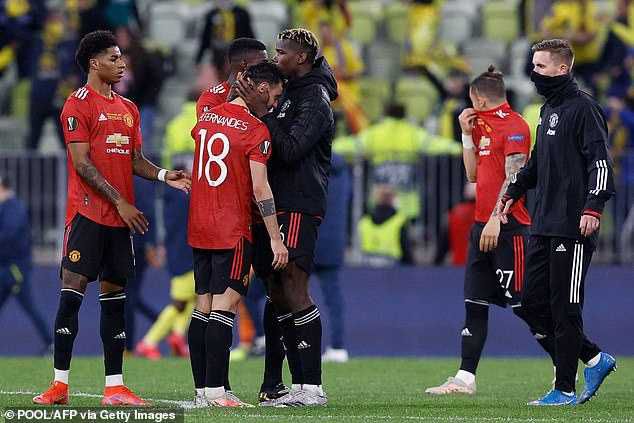 ‘This is not the time to start making accusations about what could have been done in the final. But when you don’t return with the trophy you have done something wrong.

‘We’re closer and closer. We were this close to a trophy.

‘We must have the desire to come back next season and improve. The only way forward is to work harder and better.

‘Is this season a success for Manchester United? No.’

Bruno Fernandes crying because he only got to take one penalty today😭😭😭😭#UELfinal| #UEL pic.twitter.com/M1aIELt61a 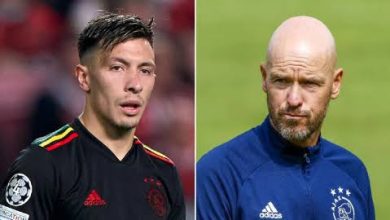