Cristiano Ronaldo and Diogo Jota scored as Portugal came from behind to beat Luxembourg 3-1 in their World Cup Qualifiers for 2022, MySportDab reports.

The first half of the encounter was evenly matched as both sides found the back of the net within 45 minutes. 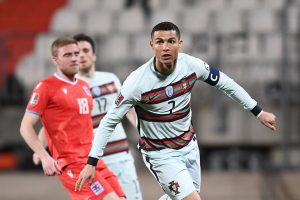 Luxembourg took a shocking lead in the 30th minute of the game after a nice team efforts saw Rodrigues finishing off to make it 1-0.

Portugal did everything possible to make a comeback which managed to come late in the 45th minute as Diogo Jota finish off neatly to make it 1-1.

The first half of the encounter ended with Luxembourg 1-1 Portugal as they both headed for the break with a goalless scoreline.

It was an amazing second half encounter for the visitors to who where dominant all through the second 45 minutes.

Cristiano Ronaldo scored in the 51st minutes of the match to put Portugal ahead in the game 2-0 after a quality finish from the Juve man.

The game progressed with Luxembourg doing everything possible but it didn’t happen for them as nothing they could get.

Joao Palhinha 80th minutes goal was the nail to the coffin as the finish saw things increased to 3-0 before the home side player was sent off after shown a red card.

The match ended with Luxembourg 1-3 Portugal as the away side claimed a much needed with after being robbed off a win in that last match. 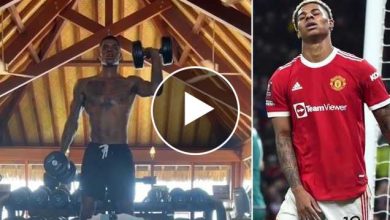