Erling Haaland scored twice as Borussia Dortmund were held to a 2-2 draw by Koln after another disappointing display from BVB, MySportDab reports.

It wasn’t a bad first half encountin er which both sides were good enough to find the back of the net withhe 45 minutes. 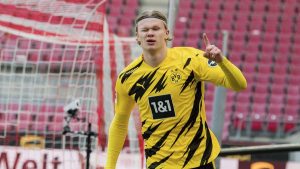 Borussia Dortmund opened the scoring as early as in the 3rd minutes which Erling Haaland finished off with an outstanding goal to make it 1-0, wiassistanceist coming from Emre Can.

The game progressed with Koln doing everything to make a comeback which later came in the 35th minute when Ondrej Duda converted from the penalty spot to make it 1-1.

The encounter created more opportunities which couldn’t bring a goal as the first half ended with Koln 1-1 Borussia Dortmund as they both headed for the break.

The second half kicked off withe th same pace as it left in the first 45 minutes which saw BVB dominating play as they were eager to regain the lead.

Koln took the lead in the 65th minute after a poor clearance saw Ismail Jakobs capitalizing on the mistake and slotting the ball past the goalkeeper to make it 2-1. 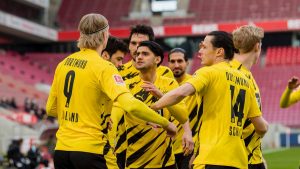 Borussia Dortmund continued to dominate possession which they couldn’t create more chances as their opponent proved too difficult to break down as the game progressed.

Erling Haaland was able to make something with a late strike which saw the game ending with Koln 2-2 Borussia Dortmund as they both shared the points. 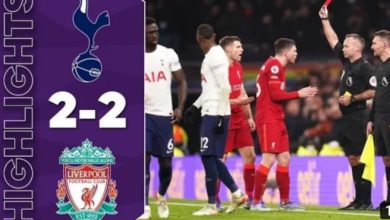