Hakim Ziyech and Emerson scored as Chelsea beat Atletico Madrid 2-0 in the second leg of the UEFA Champions League after beating them in the previous tie to end things 3-0 on aggregate, MySportDab reports.

Both teams were amazing in the first half of the encounter which saw the Premier League side dominating play and managed to score one goal. 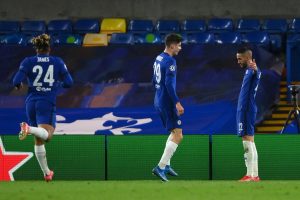 Atletico Madrid had things under control as they were the side who went close on many occasions which we saw Joao Felix and Luis Suarez causing all sorts of troubles.

Chelsea soon broke the deadlock in the 34th minute after they break from defending to attacking which Kai Havertz teamed up Timo Werner who raced through and gave Hakim Ziyech who scored to make it 1-0.

The game progressed without a goal coming as more opportunities were created before the first half of the encounter ended with Chelsea 1-0 Atletico Madrid.

The second half of the encounter kickoff with a high pace in attack which saw both teams creating few opportunities in the early stages of the 45 minutes.

Chelsea continued to look the better between the two sides as the game progressed while more opportunities were created with Timo Werner going close.

Things got worst for Atletico Madrid in the 82nd minute of the game as Stefan Savic was sent off after being showed a straight red card for a foul. 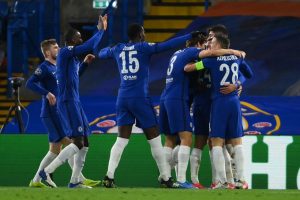 Emerson scored a late goal to make it 2-0 after coming in with just few minutes left to be played in the encounter before he scored a second goal.

The match finally ended with Chelsea 2-0 Atletico Madrid as they claimed another win as they finished off their opponent by a 3-0 aggregate.