Solskjaer revealed that Edinson Cavani and Donny van de Beek will miss the Europa League match against Real Sociedad on Thursday due to injury.

The duo have suffered from muscle injuries and will not travel with the squad to Italy.

At his pre-match press conference, Solskjaer also confirmed that Pogba will miss all the matches in February.

He said: “Paul’s already recovering. He has started his treatment.

“He still won’t be available for a few weeks, he won’t play again in February.

“So Paul will miss a few weeks definitely.

“Donny and Edinson won’t travel because they are Injury unfortunately.

“Apart from those injuries, Anthony and Scott are still doubtful for the the game.” 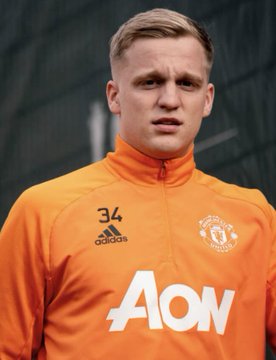 The first leg of Manchester United’s Europa League game against Sociedad will be played in Turin due to Spain travel restrictions.

Youngsters Amad and Shola Shoretire will be included in the Europa League squad.

Solskjaer believes Amad is currently at the perfect club to develop his talent.

“We will give them a chance here at United and to have a successful football career,” he added.

“We take this very serious and. We like to let players make their decisions. Our fans, our history remains focused on skillfull attacking players.”