Two goals from Hakimi and one goal from Romelu Lukaku ensured Inter Milan beat Bologna 3-1 to move second in the Lega Serie A table, MySportDab reports.

The first half of the encounter provided many talking points as the home scored twice and dominated proceedings. 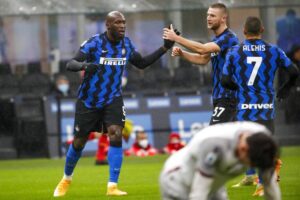 It took Inter Milan just 16 minutes for Romelu Lukaku to score the opener from a clever finish to hand his side a much needed 1-0 lead.

Bologna failed to deal with their opponent with caution as Achraf Hakimi made it 2-0 in the 45th minute of the match.

The first half ended with Inter Milan 2-0 Bologna as they both headed for the first 45 minutes break with advantage home team.

The second half was evenly matched as both sides found the back of the net in a very though half that the home team still dominated.

Bologna pulled one back in the 67th minute through Emanuel Vignato who hit one past the home team goalkeeper to make it 2-1. 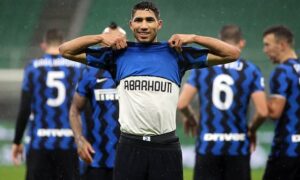 Inter Milan increased their lead to 3-1 in the 70th minute with the goal coming from Achraf Hakimi who scored his brace for the day.

The match ended with Inter Milan 3-1 Bologna as Antonio Conte side grabbed three points which move them second on the log. 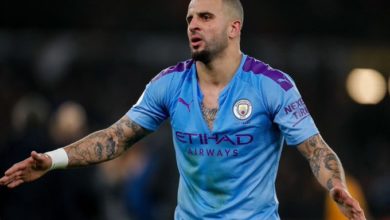