Tottenham scored first through Harry Kane but they failed to maintain their lead on the League table as they played out a 1-1 draw against Crystal Palace, MySportDab reports.

The first half of the match was excellent as planned by the League Leaders Spurs who had it under control as they scored one goal. 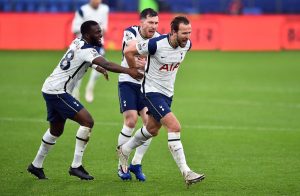 It took Tottenham 23 minutes to score the opener after an outstanding strike from Harry Kane made it 1-0 with the assist coming from Heung-Min Son.

Crystal Palace had much work to do at their back but they still managed to make troubles for the away side who were lucky not to have conceded.

The first half ended with Crystal Palace 0-1 Tottenham as they headed for the break with advantage Spurs who were good.

The second half picked off from where it left in the first 45 minutes as Spurs continued to dominate the match and creating more chances going forward.

Crystal Palace struggled in the second half but eventually gained control as the game progressed which saw them created many chances but couldn’t pull level. 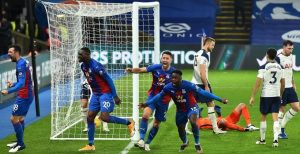 Jeffrey Schlupp reacted first to a loose ball inside Tottenham box to pull level for his side 1-1 in the 81st minute of the game after an error in defending.

The match ended with Crystal Palace 1-1 Tottenham as they both shared the points with one each for the two teams after an entertaining game. 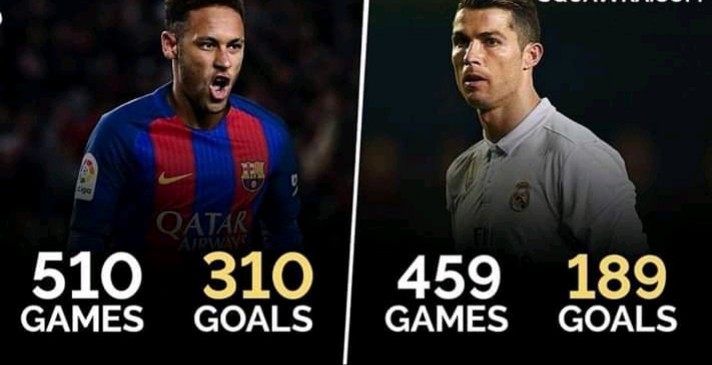