Man City send Arsenal crashing out of the EFL Carabao Cup after thrashing them 4-1 with goals coming from Gabriel Jesus alongside Mahrez and Phil Foden, MySportDab reports.

The first half was equally matched with both teams finding the back of the net within 45 minutes as they created few chances. 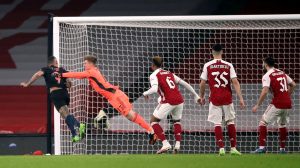 Man City took an early lead in the 3rd minutes after Gabriel Jesus puts his side ahead with an outstanding goal which was assisted by Zinchenko.

Arsenal pulled back level through Alexander Lacazette who scored in the 32nd minute of the game after a nice build up play.

The first half ended with Arsenal 1-1 Man City as they both headed for the break with a tie after a very hard first 45 minutes.

The second half was disastrous for the home side who were totally ripped into pieces despite their impressive first 45 minutes display.

Man City took the lead in the 55th minute through Riyad Mahrez to make it 2-1 before Phil Foden made it 3-1 in the 59th minute of the encounter. 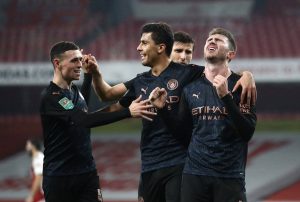 Arsenal failed to capitalize on their chances to make anything happen as the lead was increased further to 4-1 after a goal from Laporte.

The match ended with Arsenal 1-4 Man City as the Citizens book their ticket to the next round of the EFL Carabao Cup. 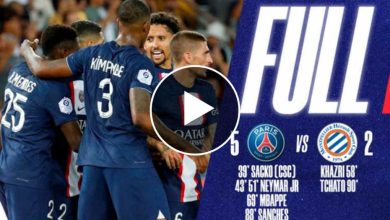 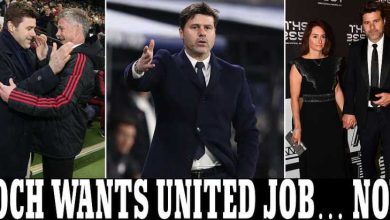 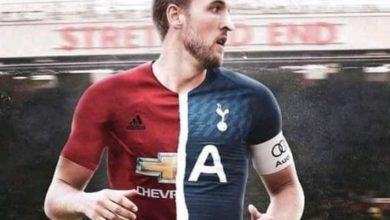