The first half of the game was closely matched which saw both sides created chances but couldn’t score. 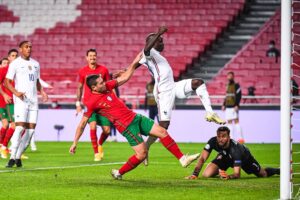 Portugal had a free ride early in the game as they dominated proceedings but unfortunately, they couldn’t make it count.

France found their ground and also did some magic but failed to score as Anthony Martial went closest to scoring.

The first half ended with Portugal 0-0 France as both sides played out a goalless draw before the break.

The second half of the game was the same but one goal was scored by the away side for the game.

Portugal had many chances to score as Cristiano Ronaldo had a busy game with him going close on many occasions.

France broke the deadlock in the 53rd minute thanks to a goal from N’Golo Kante which gave them a 1-0 lead. 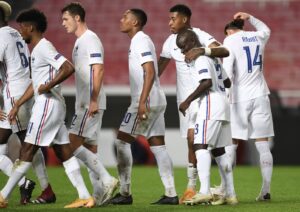 The game carried on with the Portuguese pressing harder but all their efforts went in vain as nothing changes.

It ended Portugal 0-1 France as the French National team moved on to the final of the UEFA Nations League.