This is because of Jordan Pickford’s horror tackle during the Merseyside derby and could now miss the rest of the season.

Everton goalkeeper Pickford tackled Van Dijk’s right knee in a bad way but was not show a red card despite the VAR reviewing the incident.

The Netherlands player was taken off but despite walking off the pitch, he faces 8-12 months on the sidelines.

Liverpool are yet to confirm exactly how long the 29-year-old will be sidelined, although the Reds are set to miss their key centre-half for the current Premier League season.

MySportDab understands that the injury is a grade three tear, the worst rupture for anyone. 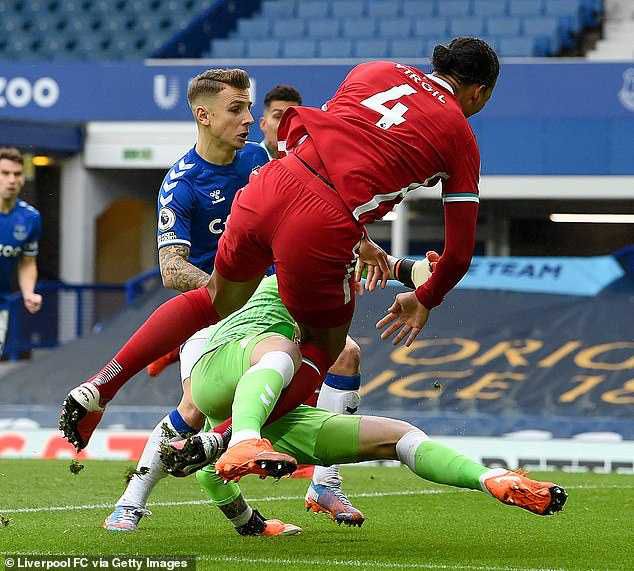 But, Liverpool are working on the best rehabilitation plan for him.

He will undergo surgery next week to restructure his ligament, which is now torn in half, and such an injury could leave him out for six to 12 months.

In a post on Instagram, Van Dijk said: ‘I’m now totally focused on my recovery and am determined to get back as quick as possible.

‘In football, and life, I believe anything can happen and it’s important to keep level headed whether going through difficult or good times.

‘With the support of my family and everyone at Liverpool FC, I’m ready for the new challenge.

‘I want to thank everyone for the support, it’s means a lot to me and my family and I will do everything possible to support my teammates, I’ll definitely be back.’ 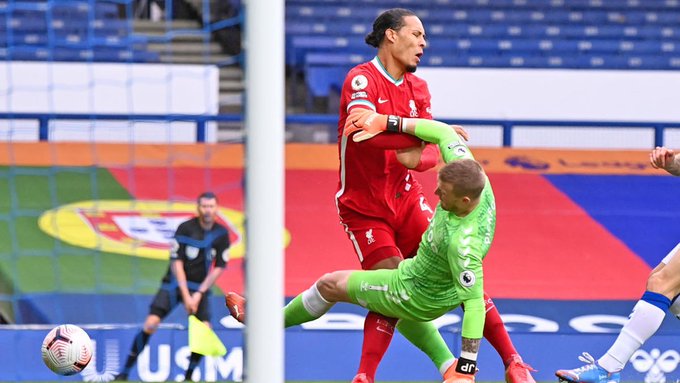 Liverpool do not have an exact time-frame for Van Dijk’s recovery but he will miss the remaining matches in 2020 and some months in 2021.

The news is a painful blow to Liverpool’s Premier League title hopes.

The defender has been a key part of their squad which has won the Champions League and Premier League over the past two seasons.

Liverpool signed him for £75m from Southampton two years ago.

Van Dijk was given an award as the PFA Players’ Player of the Year and was included in the Premier League Team of the Year over the last two seasons.

Joel Matip and Joe Gomez could become Liverpool’s new centre back pairing for the rest of the season.