Manchester City kicked off their Premier League campaign with a 3-1 win against Wolves as De Bruyne alongside Foden and Jesuse scored, MySportDab reports.

Manchester City kicked off their Premier League campaign after reports of Guendogan coronavirus news was published. 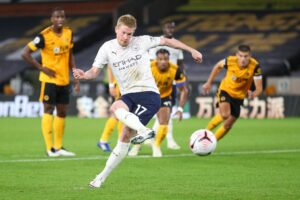 The Citizens had a decent first half whichh saw them scored twice as Wolves was unable to stop them.

De Bryune set the ball rolling as he converted from the penalty spot to give his side the lead in the 20th minutes.

It came as a result of Romain Saiss who tripped the Belgian midfielder inside the penalty box as he scored to make it 1-0.

It ended in the first half Wolves 0-2 Manchester City as Pep Guardiola side headed for the break with the advantage.

The second 45 minutes was a different ball game as the home team had more to do with two goals being recorded.

It was another end to end good display of quality football from the two sides who created chances.

Wolves pulled one back to make 1-2 thanks to a lovely finish from Raul Jimenez who was assisted by Podence. 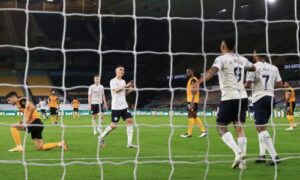 As the match progressed to an end, Manchester City scored another goal to make it 1-3 with Gabriel Jesus making it count.

It ended Wolves 1-3 Manchester City as Pep Guardiola starts the new season with a win and three points. 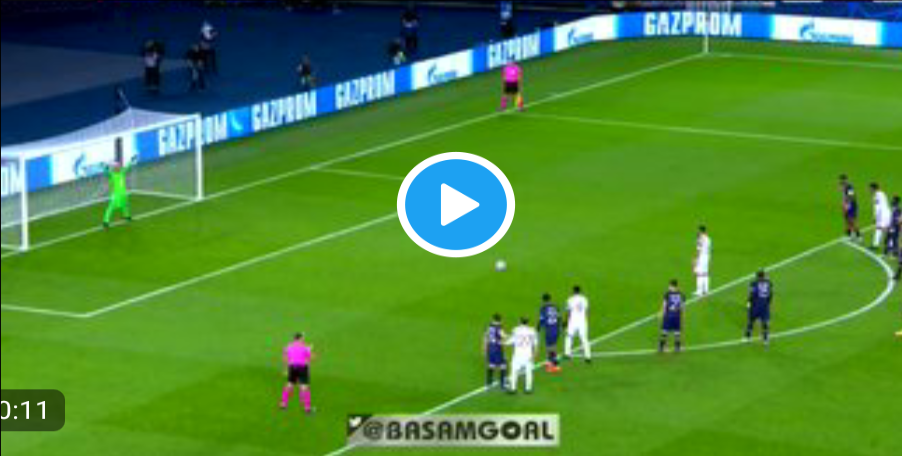 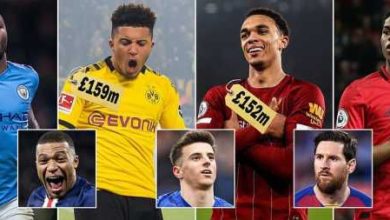 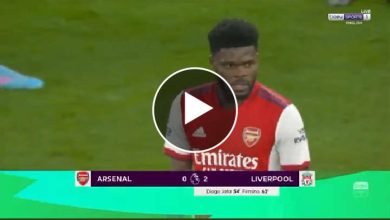