A dull encounter as both sides created few opportunities going forward in the match. 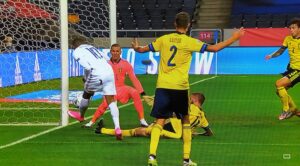 France dominated a large duration of the first 45 minutes which saw them being unable to score.

Meanwhile, Sweden also has a fair share of wasted opportunities as they were unable to convert and make it count.

Good defensive play saw the home side for the game dealt away with dangerous attacks from their opposition.

Kylian Mbappe soon struck in 41st minutes to put the French national team 1-0 ahead in the match.

It ended first half Sweden 0-1 France as the World Cup winners head for the break with the advantage.

The second 45 minutes was enjoyable but didn’t produce any goal from both sides who were wasteful.

The match progressed with France trying to do more damage and add to their lead in the game. 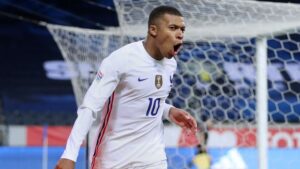 Sweden were good with their defending as they tighten up and not ready to let any goal come in.

It was an end to end display of good football from both sides in the second half of the match.