The first half of the match was a close one as both sides recorded a goal each after giving a good 45 minutes of football. 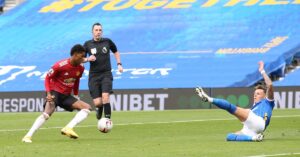 The game was Man United second of the season after losing 3-1 to Crystal Palace in their first game.

It was Brighton who scored first in the 40th minute as Maupay scored from the penalty spot to make it 1-0.

The game progressed into the final few minutes which saw Dunk who conceded an own goal to make it 1-1.

The first half ended Brighton 1-1 Man United as they both headed for the break in a draw.

The second 45 minutes was filled with drama as three goals were recorded with two of them coming late.

Marcus Rashford thought he had put his side ahead in the 51st minutes but his goal was ruled out by VAR.

Although he was able to finally get his goal in the 53rd minute after strike deflected past the goalkeeper to give Man United a 2-1 lead. 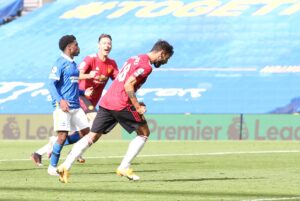 March made it 2-2 for Brighton in the 90th minute extra time but Bruno Fernandes was able to convert from the penalty spot to make it 3-2.

The match ended in Brighton 2-3 Man United as Ole Gunnar Solskjaer records his first three points of the season. 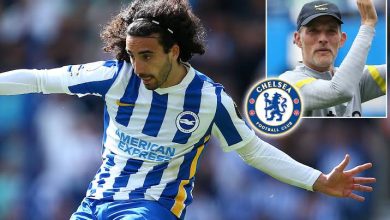