Bayern Munich open their Bundesliga campaign with an 8-0 bashing of Schalke as Leroy Sane scored and made two assists on his debut, MySportDab reports.

It was a debut for Lorey Sane as the Bavarians kick off their Bundesliga campaign in flying colors.

The first 45 minutes of the game saw three goals recorded by the Bayern Munich who dominated the game. 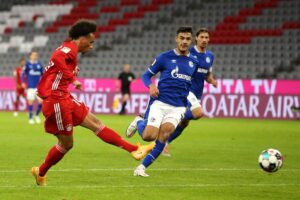 Schalke had nothing to contribute as they were clearly outclassed by the brilliance of the league champions.

Serge Gnabry made it 1-0 with just 4 minutes gone in the game after a brilliant goal as Joshua Kimmich made the assist.

Goretzka made it 2-0 in the 19th minutes after a nice play saw Thomas Muller created the assist for the goal.

Robert Lewandowski converted from the penalty spot to make it 3-0 after he was tripped inside the goalkeeper box.

The first half of the encounter ended in a 3-0 scoreline which Bayern Munich headed for the break with the advantage over Schalke.

The second 45 minutes was much more entertaining as they home team picked up from where they left off.

Serge Gnabry grabbed his brace for the match as he netted his second goal in the 47th minute with assist from Leroy Sane.

The two German youngster combined together for the 5th goal for Bayern Munich in the 59th minute of the match.

It was Serge Gnabry’s hat trick while Leroy Sane bags his second assists on his debuts game.

Schalke was left devastated as they kept conceding nonstop with Thomas Muller making it 6-0 in the 70th minute. 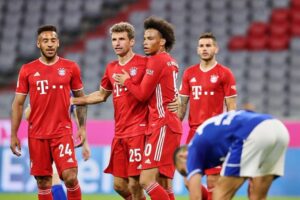 Finally debutant Leroy Sane score his first goal in the 71st minutes to make it 7-0 with assist from Kimmich.

Musiala made it 8-0 in the 81st minute after a fantastic assist from Polish striker Robert Lewandowski.

The match ended Bayern Munich 8-0 Schalke as the Bavarians start the new 2020/2021 season with a bang. 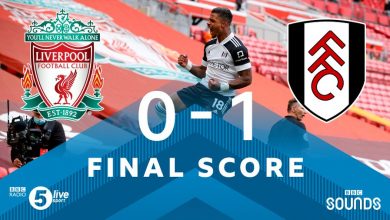 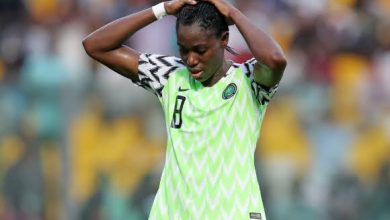 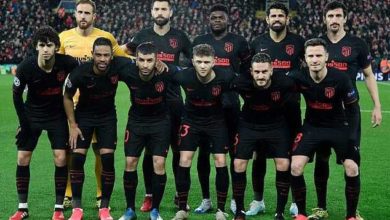