Timo Werner has revealed that Frank Lampard was a crucial factor in his decision to join Chelsea, MySportDab reports.

In June, the Blues announced £45m deal for the Germany striker, who has a fantastic goalscoring record.

But despite interest from Liverpool and Bayern Munich, Werner decided to join Chelsea.

On Sunday, Werner was at Stamford Bridge to watch his new team-mates secure a top four finish and secure Champions League football for next season.

The 24-year-old has started training with the squad.

“We talked about many things like how he wants to play, the system and how it would fit me.

“He is a very nice guy and told me what he wants to help me as a player and also as a guy.

“He knows me a little bit more now and it’s very good between us and now I am very happy to be here.

“When you have a decision to leave your old club and come to a big club like Chelsea, it was a dream come true for me because Chelsea is a very big club.

“I know players before that won the Champions League here like Drogba, current manager Frank Lampard, Petr Cech among others.

“I want to be part of a new generation here so I will give my best.”

Timo Werner could be joined at Chelsea by his international team-mate Kai Havertz this summer. 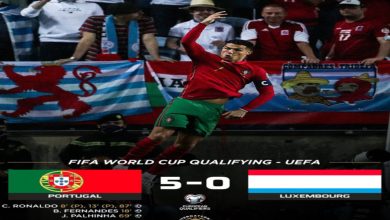