Bayern Munich lifts the DFB Pokal cup after their comfortable 4-2 win over Bayer Leverkusen in the final as Robert Lewandowski gets brace, MySportDab reports.

Bayern Munich took control of the first half and they were able to hit Bayer Leverkusen twice.

David Alaba gave his side the lead in the 16th minute as he curled from a freekick inside the net to make it 1-0. 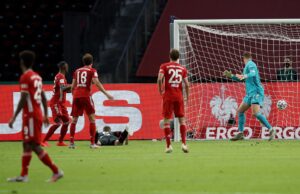 Serge Gnabry scored the second goal thanks to a lovely assist from Joshua Kimmich to make it 2-0.

The first half ended with Bayern Munich having the edge over Bayer Leverkusen as they head for the break.

The second 45 minutes was fulled with goals from both teams as they scored two each.

Bayern extended their lead to 3 – 0 through Lewandowski after a long cross from Manuel Neuer as he claims the assist.

The game began to open up as Leverkusen struggled to get something out of the game. 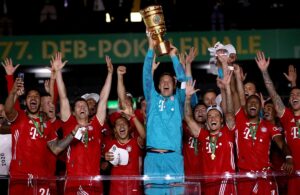 Sven Bender headed home and pulled one back for his side which saw the scoreline turned 3-1.

Robert Lewandowski bangs in his brace for the game after getting his second making it 4-1.

Thanks to Ivan Perisic who made up the fine assist that saw his side carry on with a comfortable lead.

Kai Havertz nets from the penalty spot for Bayer Leverkusen but it wasn’t enough as it was already late.

Bayern Munich’s 4-2 victory saw them lifts the trophy at the end of the encounter. 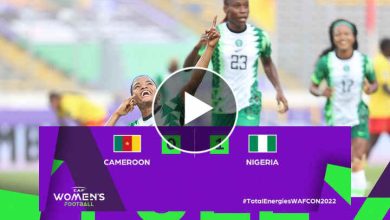 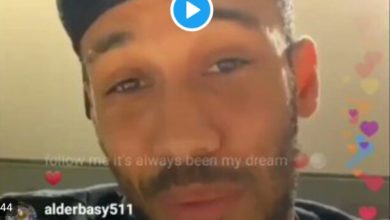