Arsenal narrowly escape with a 3-2 victory over relegated Watford as Tierney hit target alongside Aubameyang who scored twice in the game, MySportDab reports.

The first half of the game provided three goals which all went in the favour of Arsenal.

Watford tried all they could to hold off the Gunners but it all proved to be a hard task for them. 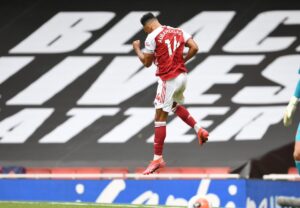 It took Aubameyang 5 minutes to get the first goal of the game after scoring from the penalty spot.

Tierney made it 2-0 in the 24th minute after a lovely finish from the defender with assist from Aubameyang.

Aubameyang made  3-0 in the 33rd minute after a superb goal with an assist from Tierney.

Troy Deneey pulled one back for Watford from the penalty spot to make the scoreline 3-1.

The first half ended Arsenal 3-1 Watford as Mikel Arteta’s side head for the break with the advantage.

The tempo of the game slowed down but the second half provided just one goal in favour of Watford. 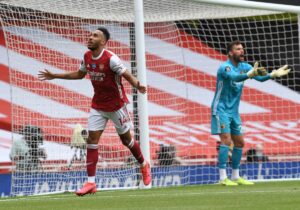 As the game progressed both teams were able to size each other out giving no room for errors.

Danny Welbeck scored in the 66th minute to make it 3-2 thanks to a nice setup assist from Sarr. 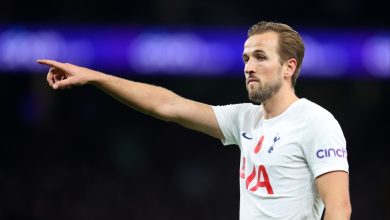