Pierre-Emerick Aubameyang was on target as Arsenal drew with Leicester City 1-1 in a match which saw Nketiah red carded in the second half, MySportDab Reports.

It was an interesting first half as Arsenal were able to score just one goal in the first 45 minutes.

Jamie Vardy almost put Leicester City ahead early in the game but his efforts went safely to the goalkeeper. 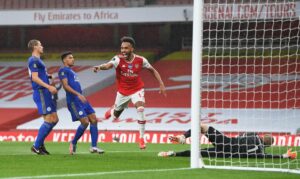 Arsenal took the lead in the 21st minute through Aubameyang who struck neatly after receiving an assist from Bukayo Saka.

The first half ended 1-0 in favour of Mikel Arteta’s side as they both head for the break.

The second half saw Leicester City pull level and Arsenal’s Nketiah sent off after a rash tackle.

Both teams created lots of chances to score but due to poor finishing, they were unable to convert. 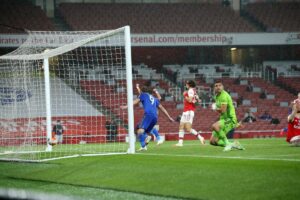 It was more of a 50/50 game as both teams matched each other pretty much like for like.

Edward Nketiah was sent off in the 75th minute after VAR reviewed a rash tackle on Justin James and his yellow was overturned to red.

Leicester City’s hard work soon paid off as Jamie Vardy struck in the 84th minute to put his side level.

No winner as the match ended 1-1 which sees Leicester City move to fourth place below Chelsea. 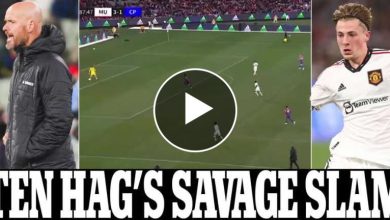 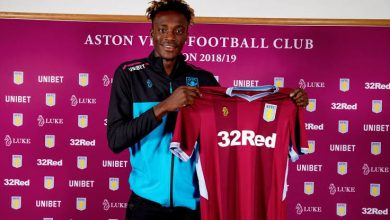