Messi was in hand to guild Barcelona to a 0-4 victory over Mallorca which also saw Vidal along with Braithwaite and Alba scored, MySportDab reports.

Lionel Messi shook off his injury as he featured for Barca who thrashed Mallorca 4nil.

The Chilean recorded his 7th goal of the season which is the highest he has ever got in a season. 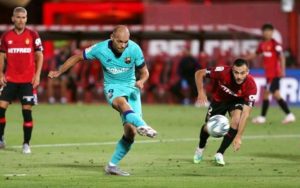 Martin Braithwaite scored the second goal of the game after he was set up by Messi which made it 0-2.

The first half ended with the scoreline which saw Barcelona already well secured of getting all three points.

Jordi Alba raced through to get the third for Barca after meeting up to Lionel Messi killer assist.

The goal resulted to a halt in the match as VAR check for a possible offside but it was later awarded as a goal. 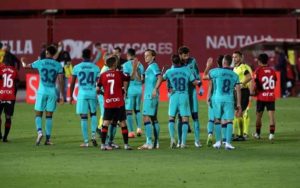 Messi soon got his goal and the fourth for his side after he was setup by Suarez and saw his deflected shot beat the goalkeeper.

The win gives Barcelona a five points lead at the top of the league table with Real Madrid yet to play. 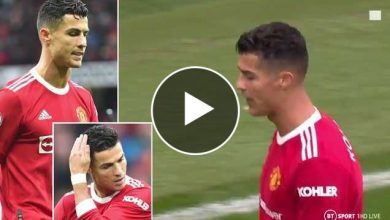