Man of the match display by Messi sees Barcelona ease past Leganes with a 2-0 scoreline as Fati hits target, MySportDab reports.

Messi was on target again as Spanish champions ease past Leganes with a 2-0 result.

The win places Barca five points ahead of Real Madrid who still has their own match to play. 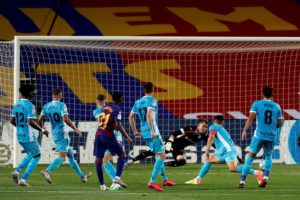 Six yellow cards were dished out amongst both teams with 3 each for Barca and Leganes.

Ansu Fati created a golden chance in the 8th minutes but his effort went begging without hitting the target.

Leganes had opportunities to breakdown Barca but it all resulted in nothing as the game progressed.

Ansu Fati got the opener for Barcelona after he was set up by Junior Firpo who brilliantly made the assist.

It ended 1-0 in the first 45 minutes as the second half proved to be another exciting half in the game.

Antoine Griezmann was dealt with a big blow after his 64th-minute goal was ruled out by VAR. 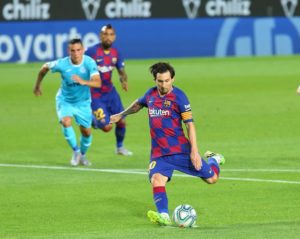 That didn’t stop Barcelona from controlling the game as the Frenchman continued to torment Leganes defense.

Some neat football by Lionel Messi as he played a 1-2 with Luis Suarez before he was brought down for a penalty.

Lionel Messi stepped up and scored to make it 2-0 for Barcelona as they once again cruise away with another win. 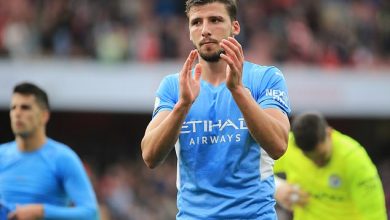 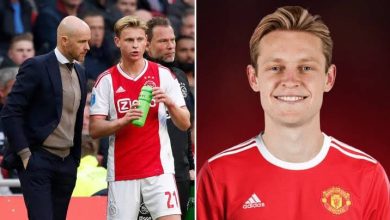 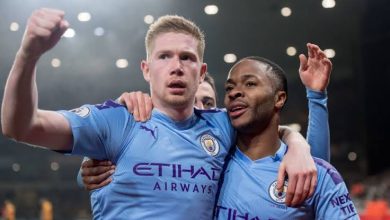