Mikel who recently canceled his contract with Turkish side Trabzonspor due to coronavirus.

A club in the Liga MX has shown interest in signing free agent John Obi Mikel who left Trabzonspor in March.

The 32-year-old played a crucial role in helping Trabzonspor soar to the summit of the Super Lig this season with 19 league appearances.

TUDN reported that the club located in Mexico City is following the ex-Chelsea midfielder and might make a move before the Apertura 2020 commences. 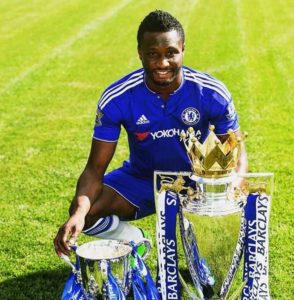 Mikel only joined Black Sea Storm as a free agent on a two-year deal last summer, at the end of his brief stint in the Championship with Middlesbrough.

Mikel has been attracting interest from South America with Brazilian clubs Botafogo and Internacional reportedly battling for his services.