Manchester United have offered winger Jadon Sancho the no.7 jersey previously worn by the likes of Cristiano Ronaldo and David Beckham, MySportDab reports.

According to the Daily Mirror, United are leading the race to sign the teenager from Borussia Dortmund due to Ole Gunnar Solskjaer love for the player.

Sancho is now wanted by various clubs ahead of the summer transfer window.

Liverpool were ready to try and sign Sancho in January but pulled out due to the transfer fee demanded by Dortmund.

Chelsea are also interested in his signature, but the Blues are scared of paying the price tag too.

However, United seem undisturbed by the idea of having to pay £100million or more for the teenage winger and are ready to get him this summer.

MySportDab understands Sancho has agreed personal terms with United, but Dortmund are demanding a huge sum which is difficult because United would have to break their transfer record.

But Borussia Dortmund have also offered Sancho a new contract to stay, though it is unlikely he will sign again with the Bundesliga club.

That’s because United have made a shocking offer to hand him the famous number seven shirt previously worn by  Legends such as Eric Cantona, Beckham, Ronaldo and George Best.

Sancho wears the number seven shirt for Dortmund, while Alexis Sanchez still has the jersey with United.

Manchester United will offer Jadon Sancho their No.7 shirt in their bid to lure him to Old Trafford, reports the Mirror ✍️ pic.twitter.com/S4NJXrhLyE

The Chile star is currently on loan at Inter Milan this season but is likely to return this summer.

However, he will have to choose a new number when he returns.

Ole Gunnar Solskjaer wants to keep Sanchez at the club, despite the fact he earns a shocking £400,000-per-week in wages.

The winger has failed in Italy with various injuries during his loan spell and Inter won’t sign him permanently. 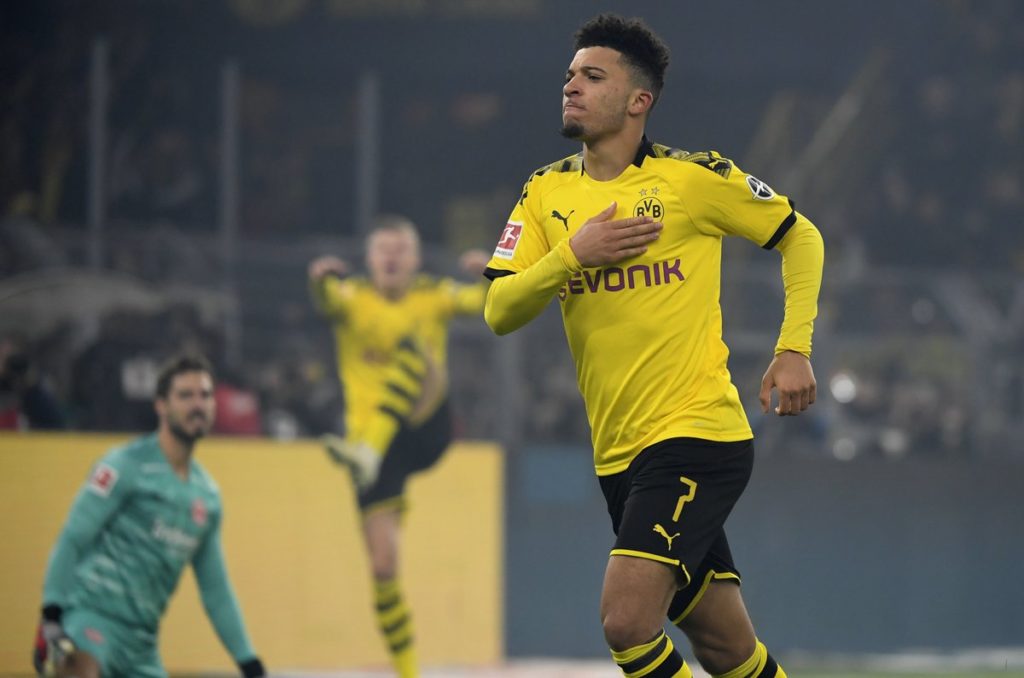 With Sancho arriving, United have also offered the Englishman wages of £400,000-per-week, drawing him level with Alexis Sanchez.

Jadon Sancho would then become the club’s highest-paid player ahead of Goalkeeper David de Gea on £375,000-per-week.