Manchester City Coach Pep Guardiola has stated that Liverpool will find it hard to stay on top, MySportDab reports. 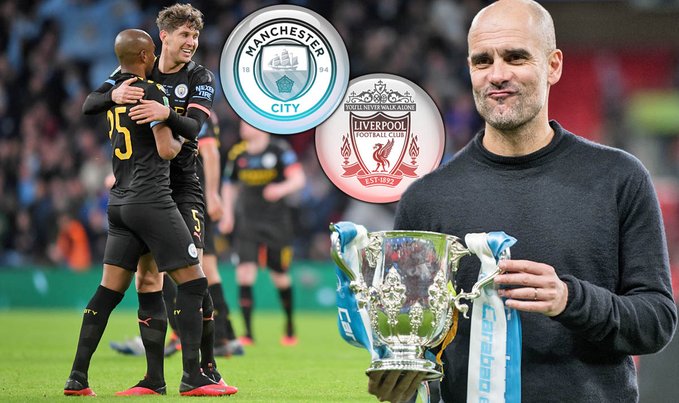 Manchester City won their eighth trophy in England from the last nine available to extend their dominance of English football.
But after their 2-1 win over Aston Villa, Pep Guardiola warned Premier League leaders Liverpool not to underestimate the difficulty in continuing to win more trophies.
“It’s outstanding, winning eight from the last nine titles,” he said on his recent Premier League, Community Shield and FA Cup success.
“It would be very difficult for anyone to do it again.
“Not alone for us but for our opponents also. When you have a team that’s fantastic in the Premier League, so many top clubs drop after winning the league.”
Guardiola’s third successive Carabao Cup win is also his eighth silverware victory at Wembley, which lead to suggestions he should get a proper tattoo of the stadium.
“I love Wembley and also the new Wembley, you can invite me anytime you want,” he said.
“But a tattoo? I’m not exactly strong enough, My body doesn’t accept tattoos.”
However, Raheem Sterling warned that this was just the start of City’s hunt for trophies this season after the club fell short in the Premier League title race.
“It’s always a nice feeling coming to Wembley and also to win here,” he said.
“You surely can never get enough.
“The league was quite difficult this year but we have already won one title now but we’re still in the race for two more.
“We’re a fully focused team and ready everyday. We know as a club, if we’re not in the race for one there’s always a couple more.
“It’s so difficult to do that for three consecutive years and that’s what we’ve done so far, so we’ll continue doing it, keep trying to win more trophies.” 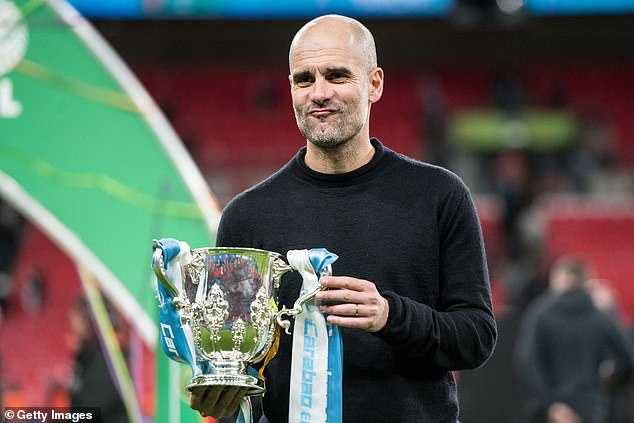 MySportDab understands Midfielder Rodri was one of stand-out players for Manchester City in the Final after a shocking John Stones blunder just before half-time.
“I think Villa did score because of the mistake,” he said.
“At the end, we did suffer a little bit but I think we had enough chances to score many goals, but we are happy for the team. It’s our second title after the Community Shield so we are very delighted.
“We knew they are a tough team because they are really strong, so we knew we should never give up. But I am very happy for the team because it’s very tough being here.”
More News: FT: Real Madrid 2-0 Barcelona, Madrid Wins El Clasico And Move Top Of Laliga Table (Video Highlight)
Rate this post
Share Now:
READ MORE:  Juventus Offer Aaron Ramsey In Swap Deal For Chelsea Star Jorginho