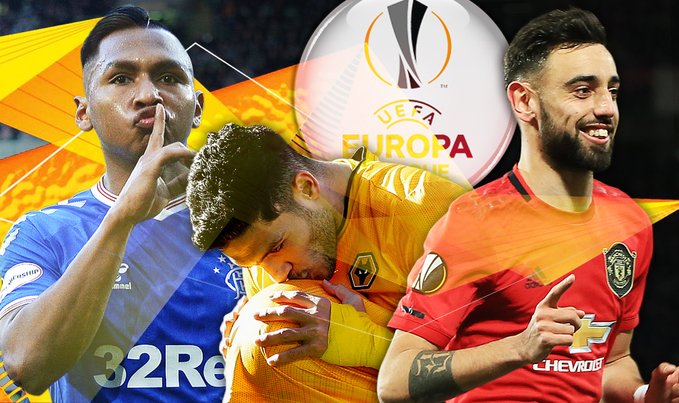 Manchester United and Wolves are the only Premier League clubs left in the competition.
Arsenal were knocked out last night by a shocking Olympiakos team who are now in the last-16.
Italy favorites Inter Milan have also progressed to this round after a comfortable victory on Thursday night.
Full Europa League Last-16 Draw – MySportDab:
Sevilla vs Roma
LASK vs Manchester United
Wolfsburg vs Shakhtar Donetsk
Rangers vs Bayer Leverkusen
Inter Milan vs Getafe
Istanbul Basaksehir vs Copenhagen
Olympiakos vs Wolves
Eintracht Frankfurt / Salzburg vs FC Basel
Download MySportDab Official Android App HERE
Join MySportDab Telegram Channel Now – Click to Join
The Europa League last-16 matches will be played on March 12 and the 2nd leg on Thursday, March 19.
Kick off time is between 6.55pm and 9pm.