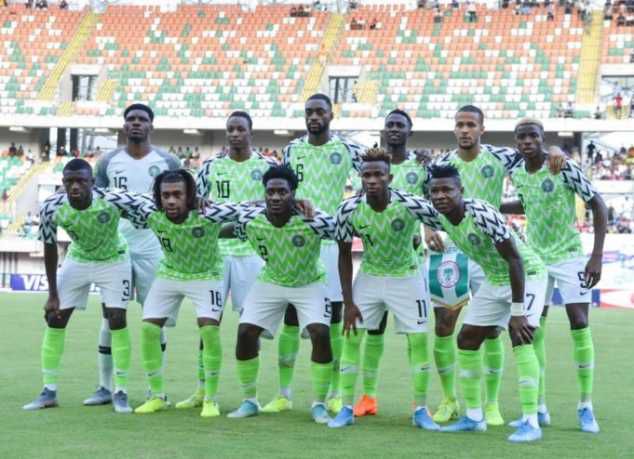 Nigeria are now in the 31st position in the world and remain third best in Africa.
MySportDab understands The latest rankings were announced this week for February, in which Senegal remains best in Africa.
Also, Senegal are now on the 20th spot in the world, while Tunisia moved to 27th position.
The others in the top five for Africa are Algeria (35th) and Morocco (43rd).
In the World Rankings, Belgium remains 1st in the world and look to remain there for a long time.
France are 2nd in the World and Brazil, England, and Uruguay make up the final top five spots.
Top 5 Best Football Countries In The World
1.Belgium
2.France
3.Brazil
4.England
5.Uruguay
More News: OMG! Real Madrid Coach Zidane Involved In A Car Crash, Took Selfie After Getting Help (Read Full Details)
Rate this post
Share Now:
READ MORE:  BREAKING! Anthony Joshua Agrees To Fight Tyson Fury As New Deal CONFIRMED!