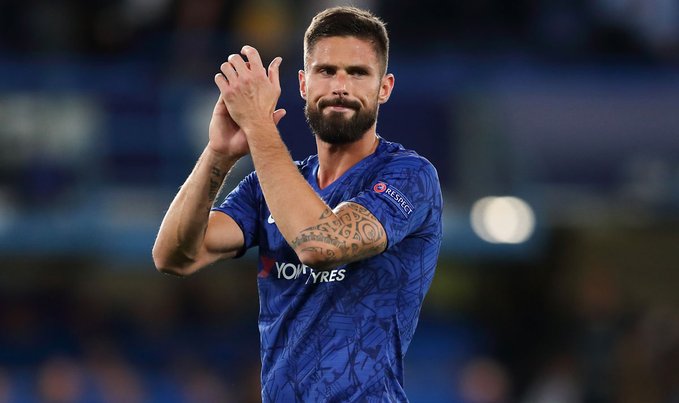 According to Respected Sky Sports Journalist Fabrizio Romano, Giroud’s representatives met with Inter officials in Milan on Thursday.
The France international is now ready to join Antonio Conte’s team on a two-year contract but the Serie A giants are yet to reach an agreement with the Blues.
Giroud has struggled for playing time at Stamford Bridge under Coach Frank Lampard as he plays as second choice to youngster Tammy Abraham who has impressed in the Premier League so far. 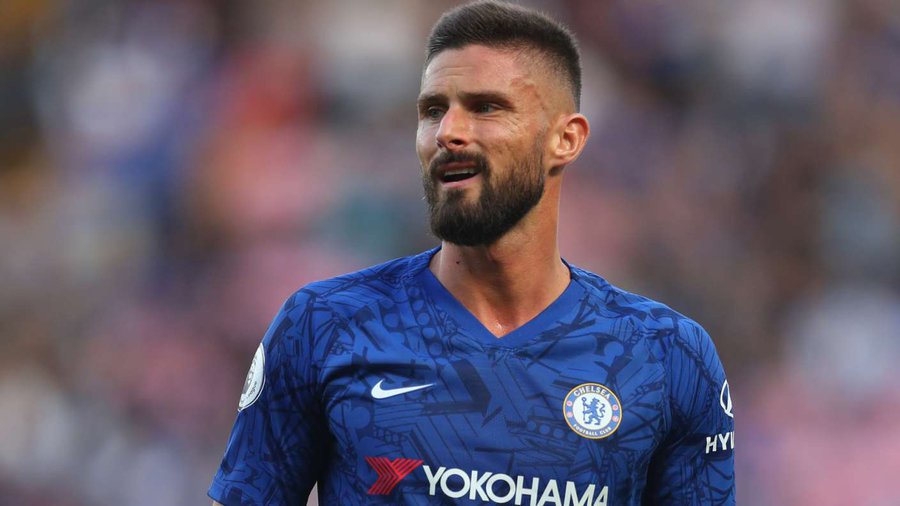 The 30-year-old has made only seven appearances this season and scored one goal which was in August’s UEFA Super Cup match against Liverpool.
Fabrizio Romano posted: “Exclusive: Olivier Giroud agent met Inter officials in Milano today.
“The French star is ready to join and has agreed personal terms in a contract until 2022, but talks between Inter and Chelsea are still progressing, no agreement so far between the two clubs.”
Giroud had hinted that he could quit Chelsea during the January transfer window for the same reason he left Arsenal in 2018.
The striker wants more playing time and is fight for his place in the team but lack of opportunities is making him search for new challenge.
Giroud is unlikely to play for Chelsea in Saturday’s match against Burnley at Stamford Bridge (3pm).
More News: OFFICIAL: Chelsea Submit £55m January Transfer Bid For Benfica Star Gedson Fernandes
Rate this post
READ MORE:  'Barcelona And Messi Will Always Be Tied Up Until His Retirement' – Setien Dismiss Transfer Rumors
Download MySportDab Official Android App HERE
Join MySportDab Active Telegram Channel Now - Click to Join
Share
Facebook Twitter LinkedIn Tumblr Pinterest Reddit VKontakte Odnoklassniki Pocket Share via Email Print