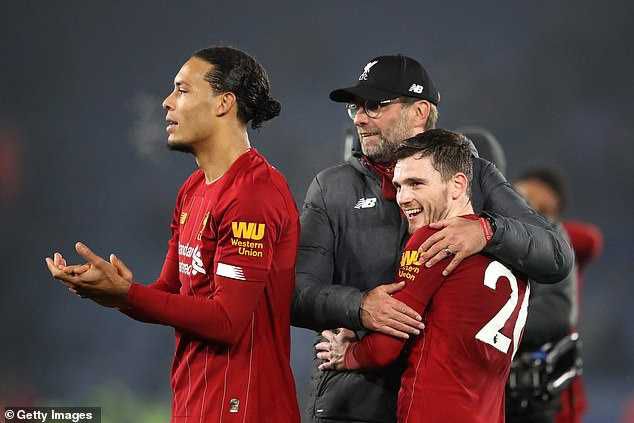 Roberto Firmino scored a brace while substitute James Milner scored a crucial penalty and fantastic Trent Alexander-Arnold also scored as Leicester could not provide enough to stop Liverpool.
Liverpool are now 13 points clear of Leicester City in 2nd, but Manchester City can still go second  if they win against Wolves on Friday.
Liverpool’s victory was well timed and impressive as it is only five days after they defeated Flamengo to win the Club World Cup in Qatar. 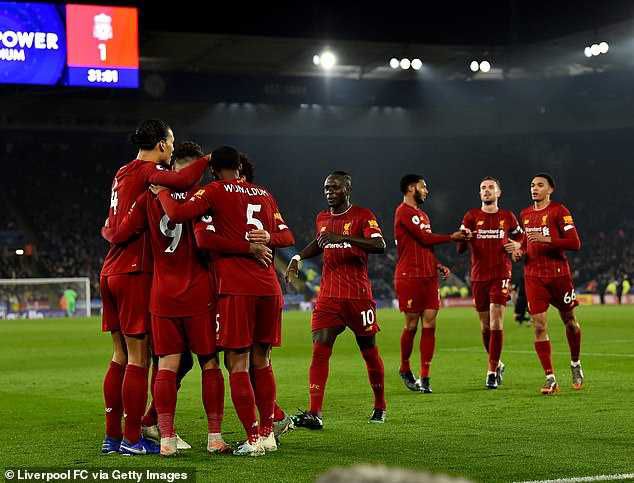 Klopp said: ‘Nothing else are from the number changes. Before it was 10 points, now it’s 13. We don’t feel any pressure, we don’t think much about it, we never mention it once before the game because the job is not yet done.
‘We know the news, that in the history of British football, a team has never had a bigger points lead and lost the race. But it sounds very negative and we can’t think about such.
‘We are fully ready for the next games. We still play Wolves, Tottenham, Sheffield United, Everton and Manchester United within the next five games so alot is still at stake. The number right now is not relevant.
‘We played well against Man City. We played a great game against Arsenal. We’ve had some great games this season. This was the exact performance we needed.”
Share Now:
READ MORE:  Manchester United Prepare New Contract Offer For Luke Shaw (Details)
Adedotun Osi-EfaDecember 27, 2019
0 2 1 minute read
Facebook Twitter LinkedIn Tumblr Pinterest Reddit WhatsApp
Share
Facebook Twitter LinkedIn Tumblr Pinterest Reddit VKontakte Share via Email Print