Manchester United fans and other clubs were hoping Saul Niquez would be announce a transfer move to their club today.

However, the Atletico Madrid midfielder’s social media Hint was just a commercial stunt.

Saul has been linked with a move to the Premier League with Manchester United or Arsenal his most likely destination.

But Saul used the stunt to confirm he had created a new football team called Club Costa City in Elche his (hometown).

THERE IS A NEW TEAM IN THE CITY @clubcostacity

Saul and his brother Aaron, will form 30 teams and sign over 500 players between age four and 18.

Manchester United have previously shown interest in Saul and are expected to submit a bid in the summer transfer window.

But Saul is still being considered as a suitable candidate to replace Paul Pogba if Atletico Madrid would accept below his £100m release clause. 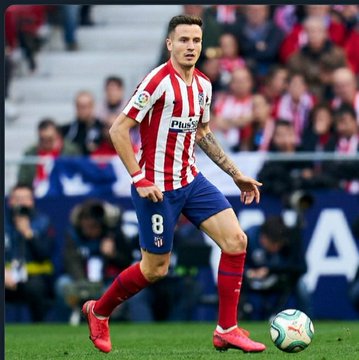 Arsenal Coach Mikel Arteta is a big fan of the Spaniard and will try to improve his midfield options but Champions League football could be crucial.